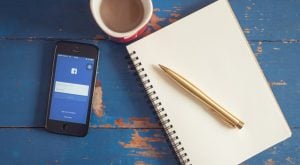 And the outlook isn’t either black or white for the internet giant. Indeed, I believe that  the most likely scenario for Facebook stock by the end of this year is a decline of around 25%-35% from its current levels.

That’s because multiple negative factors continue to weigh on the company’s results and its shares. I call this scenario “a bear market by (around) a dozen cuts.” Below, I have summarized some of the cuts that are poised to, collectively, badly hurt Facebook stock.

User engagement in the U.S. has been hurt by mistrust and disgust with the company, and that trend will likely intensify going forward. Although Facebook is adding more users globally, a Pew survey from June 2018 provided evidence that the company’s many missteps on data and privacy were already hurting the company’s engagement levels in its lucrative home market.

According to Pew, 42% of Americans polled had “taken a break from checking (Facebook) for several weeks or more” over the previous year and 26% had “deleted the app from their phone” over the previous 12 months. Moreover, Edison Research reported this year that 61% of Americans 12 and over used Facebook this year, down from 67% in 2017. The company’s total users in the U.S. dropped by 15 million during the same time period.

After more and more news surfaced about the company’s privacy violations, as well as its alleged enabling of racial discrimination, those trends have, most likely, intensified. Similar phenomena  are probably occurring in many other countries, since the European Union, for example, has also investigated FB for privacy violations.

As Facebook becomes more controversial, some advertisers will jump ship. If marketers are targeting consumers in America, where FB’s reputation is becoming more and more tarnished, why wouldn’t they look to advertise on a less “radioactive” website?

For that reason, I believe that when American advertisers can obtain similar ROI from Facebook and other websites, like Amazon (NASDAQ:AMZN), Snapchat, and Alphabet’s (NASDAQ:GOOG,NASDAQ:GOOGL) YouTube, some of them will start to desert Facebook and advertise on the more reputable websites instead.

The two “cuts” I’ve cited so far may already be causing Facebook’s revenue growth to slow markedly. For example, in the fourth quarter of 2018, its ad revenue jumped 38% year-over-year. In Q1, its ad revenue rose just 26% YoY.

It’s important to point out that many people predicted that Facebook’s Instagram would vanquish Snpchat, but data suggests that the scenario simply hasn’t played out as conventional wisdom expected.

According to Pew, as of February 2019, 73% of Americans between the ages of 18 and 24 reported using Snapchat, and 75% reported using Instagram. Among 25-29 year olds, Instagram led by a few percentage points, but among those 30-49, the two websites were basically tied.

And 61% of Americans surveyed said they use Snapchat daily, versus 63% for Instagram. So expect Snap to continue to take many ad dollars away from Facebook.

Moreover, the fines and regulatory issues that FB is dealing with have gone way beyond nuisances and could really tremendously affect the company, its operations, its financial position. and Facebook stock price.

Facebook expects to be fined up to $5 billion by the Federal Trade Commission, The New York Times reported. That’s not really just ” change under the couch” money, even for Facebook. To paraphrase a very old expression, “5 billion here, $5 billion there, and pretty soon, you’re talking about real money.” In other words, if the is hit by a few more fines like that by governments, its operations could be affected as deeply as Facebook stock. That is despite the $45 billion of cash it had  as of the end of last quarter.

It’s also no longer beyond the realm of possibility that the deal with the FTC will limit advertisers’ ability to harvest user data for targeting purposes. Any such deal will negatively affect Facebook stock. And with both Democrats and Republicans upset at the company, Congress could very well move against Facebook.

I’ve warned since early 2018 that FB’s competition is intensifying.  Amazon has placed more of an emphasis on selling ads and Snapchat’s content has improved, while YouTube has become more popular with advertisers.

The growth of spending on social media ads in the U.S. definitely slowed versus prior years. Since Facebook gets the lion’s share of  U.S. social media ad spending, that’s bad news for Facebook stock.

The company’s cost of revenue increased slightly in Q1 versus Q4, even as its revenue, in-line with season trends, fell by nearly $2 billion. On the Q1 earnings call, management cited the company’s “longer-term…need   to invest in core product, infrastructure, innovation, and safety and security.”

As scrutiny of the company’s security and privacy policies and capabilities by governments, the media, and users increase, its spending on privacy and security probably won’t drop by much, if at all.

Moreover, its executives and engineers will have to continue to spend a great deal of their time and effort on those areas, detracting from its ability to cope with its ramping competition. All of these trends will be extremely negative for FB’s performance and for FB stock price.

The fact that FB’s reputation has taken a big hit, even as its competition is heating up, doesn’t bode well for FB or FB stock. The impact of these issues have already meaningfully impacted the company’s earnings report and its U.S. user metrics.

As of this writing, the author did not own shares in any of the companies mentioned.

Cannabis fields in Trinidad are on fire