I don’t need to tell you that General Electric (NYSE:GE) is one of the most disappointing companies in recent memory. Only a few short years ago, GE stock was trading at just under $30. Then, the troubles began, careening shares off a cliff from which it has yet to recover. 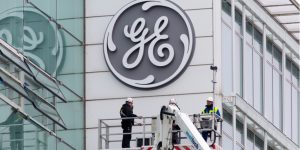 General Electric stock also hits home to me on a somewhat personal level. This is one company that I vividly remember playing both sides of the field. In September 2017, I stated unambiguously that GE shares were spiraling out of control. But starting from 2018 onward, I gambled that the selloff was over.

Needless to say, I received a painful lesson in knife-catching. GE stock, despite some attractive businesses, has consistently failed both speculators and long-embattled stakeholders. As a result, it’s hard to take any good news surrounding the organization seriously, even if that comes in the form of a solid earnings report.

Nevertheless, I think it’s worthwhile to acknowledge the positives on General Electric stock. In the first quarter of 2019, GE reported earnings per share of 14 cents, a nickel above consensus estimates. Revenue of $27.29 billion also exceeded analysts’ forecasts calling for $27.05 billion.

Is this enough for GE stock for the long haul? I don’t like to make big predictions based on a single financial disclosure. That said, the industrial firm levers three tailwinds that could make it a surprise hit later this year.

One of the underappreciated aspects of the General Electric stock narrative is the underlying company’s revenue allocation. While management was forced to make painful divestments, GE places its hopes on its core moneymakers. Fortunately, they’re mostly in viable and relevant industries. 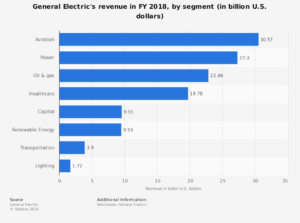 Take aviation as an example. This segment represents the top revenue-generator for GE stock at $30.6 billion. During the time when management was dumping businesses to clean up GE’s balance sheet, they held onto aviation. Longer term, I think this was a very wise decision.

Although we have occasional grumblings such as now, the global economy is generally improving. That’s especially true from a percentage-basis for developing and frontier markets. Thanks to lowered costs in technology and connectivity, more people have access to substantive and growing wealth. As a result, we’ll see increased demand for travel, which naturally bodes well for General Electric stock.

Also, the nature of air travel has changed. Today, we no longer enjoy the dominance of massive jumbo jets. Instead, we have smaller planes with more fuel-efficient engines. That’s still a positive for GE stock because the manufacturing firm has more opportunities to serve on volume.

At first glance, GE’s Power division seems like a relic. Increasingly (and politically), the world is focusing on renewable energy sources. Of course, one of the biggest debates right now is climate change, and how we respond.

President Trump’s camp generally believes that climate change is a conspiracy theory. On the other hand, Democrats seems to care more about the environment than humans. One thing is clear: if we can find a practical source of renewable energy, that’s far superior to burning a limited commodity.

We have plenty of renewable-energy sources so that’s not the problem. The issue is that they’re not very practical. In prior years, these platforms were prohibitively expensive to implement and as a result, lost their utility.

But recently, wind and especially solar costs have nose-dived. Does that mean renewables will upset traditional forms of energy? I don’t think so.

First, wind and solar require expansive space. We’re lucky we live in the U.S. However, many developed countries don’t have the territorial space necessary to implement them.

Second, while costs have gone down, consumption has skyrocketed, and will continue to do so. Even if renewables became ultra-efficient, it’s impossible for them to feed global demand. Therefore, multiple countries will still require traditional power sources, which is an underappreciated plus for GE stock.

General Electric stock made headlines earlier this year when CEO Larry Culp sold off its biopharma unit to Danaher (NYSE:DHR), his former employer.

The early spring cleaning wasn’t surprising. Management made it clear that they wanted to streamline their financials in order to better stage a longer-term recovery. But its health component has done well for General Electric. Plus, the biopharma unit was a particularly compelling business.

But looking back at things, I think management made the right move. Pharmaceuticals have come under significant pressure politically for price gouging and medicinal ineffectiveness. Thus, the broader industry faces risks from both Democrats and the cannabis-legalization movement.

I mean, who doesn’t want cheaper prices and natural therapies that won’t lead to a nationwide addiction crisis?

Importantly, GE still kept its other health-related divisions, which include medical equipment and technologies. These segments haven’t attracted nearly as much negative press, and it will likely stay that way. It’s also a lucky break for General Electric stock.

Atlantic Nickel resumes production at Santa Rita mine in Brazil