3 Reasons to Buy Fortinet Stock on This Dip (FTNT)

Fortinet Inc (NASDAQ:FTNT) is a cybersecurity firm that’s been around for nearly 20 years. The company went public about a decade ago, in the teeth of the financial crisis, and has a checkered history in the markets. 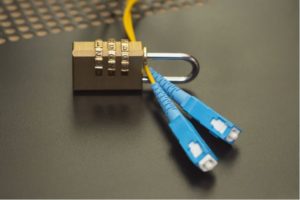 Considering the sector Fortinet stock is in, that was certainly a better time to launch a cybersecurity company than it was to launch a mortgage company or a residential real estate investment trust (REIT). But FTNT stock still pretty much chugged along for about 5 years until it started to gain some traction.

FTNT had one powerful thing going for it at the time: Big firms had the power to borrow, even through the tough times, and companies were starting to realize how crucial it was to build out their cybersecurity capabilities. That meant a tailwind for quality cybersecurity firms.

Also, we were in the next iteration of the digital era — mobility. Security was expanding beyond just internal servers and simple firewall protocols. Data were now everywhere thanks to the cloud and Big Data, and the growing influence of the Internet of Things (IoT), which includes smart houses, cars, etc.

And of course, e-commerce.

These were places that enterprise level companies saw as massive opportunities to grow their businesses. And that meant 21st century digital security guards that not only worked reactively but proactively to threats.

But after a big run in the past few years, cybersecurity stocks aren’t growing at the pace they once did.

Although, FTNT released its first-quarter earnings in early May, and the numbers beat analysts’ expectations, the company gave conservative numbers for the rest of the year. These figures were only in line with analysts’ expectations, which was enough to sell Fortinet stock and elicit downgrades from some analysts. Today, Fortinet stock is giving back 2.6% amid a broader market selloff.

However, most analysts are still bullish on the stock. In fact, my Portfolio Grader still gives FTNT stock an “A” rating.

Here are three reasons why FTNT stock is still a buy in my view:

China has very good hacking operations. And in this environment, testing vulnerabilities and hampering operations is all fair game. Plus, China has proxy states like North Korea that can cause issues without China’s fingerprints on it.

Then you add in players like Russia and its proxies who are happy to step in and add to the chaos.

To this end, a recent survey of chief information and security officers at financial institutions shows nearly 75% are expecting to increase spending on cybersecurity in the next year. Even if the trade war cools, espionage will not.

What’s more, FTNT stock is already seeing its earnings estimates from analysts for the rest of the year rise, just in the past month. For these reasons, I recommend investors add Fortinet stock to their portfolios.