3M Stock: The 3% Yield for MMM Stock Makes It an Attractive Value Buy

If you are looking for a blue-chip company that pays a healthy dividend, 3M (NYSE:MMM) stock remains an excellent pick. This is despite the difficulties the industrial conglomerate has faced in recent years. 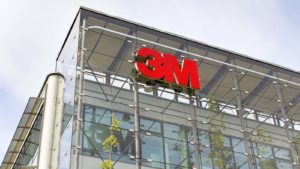 Of course, 3M stock might not hold the same attraction it once did. But if you’re a value investor, its 3.3% yield is a nice paycheck. It should hold you over while you wait for management to fix what ails it.

Some of my colleagues don’t believe 3M can be fixed. Ultimately, they might be proven right. But until that time, I’ll continue to recommend MMM stock, especially since it hasn’t been this cheap since 2016.

I believe 3M stock is an attractive value buy. Here’s why.

These five capital allocation decisions decide the fate of companies, large and small, every day.

However, it’s a lot easier for CEOs when the company is generating positive free cash flow. That’s because it doesn’t affect actual business operations. This is the money generated in excess of the cash required to keep the business running: the more excess cash flow, the better.

In 3M’s Q1 2019 report it had $657 million in free cash flow during the quarter ended March 31, considerably higher than the negative free cash flow of $161 million a year earlier. While free cash flow tends to change from one quarter to the next, it’s the long-term trend that matters.

Any time a business can convert a $1 of income into more than a dollar of free cash flow, the company is operating efficiently. How it allocates this free cash flow determines whether it will continue working at a high level for the immediate future.

In 2018, 3M paid out $3.19 billion in dividends to shareholders and repurchased $4.87 billion of its stock. You’ll notice that these two capital allocation decisions cost the company more than it generated in free cash flow. It can only afford to do this if it already has significant amounts of cash on the balance sheet.

At the end of 2018, 3M had more than $3 billion in cash and marketable securities on its balance sheet. That leaves plenty of flexibility when it comes to capital allocation.

As long as MMM stock continues to generate healthy free cash flow, you can rest assured your investment’s safe.

Now, MMM stock has a forward price-earnings ratio of 18.5, far lower than 3M’s five-year historical multiple of 23.2 times earnings. In context, 3M’s P/E multiple hasn’t been this low since 2012.

A traditional value investor might not consider a free cash flow yield of 4.3% to be a value play (8% or higher is typical). But when it pays out $5.76 a year in dividends (3.3% yield), that’s a very attractive proposition.

Brumley sees 3M as a conglomerate that’s broken, a long way from reestablishing itself as the powerhouse it once was. He might be right.

However, the answer won’t be known for several years. In the meantime, the company’s working to make itself more efficient.

Case in point, the Q2 2019 report will include four operating segments, down from five: Safety & Industrial, Health Care, Transportation & Electronics, and Consumer. This will enable the overall business to serve its customers better while saving costs.

3M has always been a business where the various operating segments work together to develop new products and innovations. By merging into four units, instead of five, 3M will be able to innovate faster.

Long-term, I think this makes it a more attractive business. But CEO Mike Roman would be the first to admit it’s not finished remaking 3M.

That’s an excellent thing for owners of 3M stock.

The dividend yield isn’t the be-all and end-all. It’s more important that a company has a history of raising dividends. 3M has increased its dividend for 61 consecutive years. If 3M stops paying a dividend, you can be sure the world is coming to an end.

Seriously, though, it has got a strong track record of dividend payments that ought to be a consolation for people like my colleague who’re worried that 3M has lost its seat at the big boys’ table.

I don’t think it has, but we won’t know this to be the case until the 3M stock price is much lower than where it is now.

As a result, you’re getting paid $5.76 per share on an annual basis. That’s to accept the additional risk presented by a conglomerate that’s possibly lost its focus.

Again, I don’t believe this is the case. However, you’ve got to give investors reasons to own your equity. In the case of 3M, I believe that its dividend is a big one.

In my opinion, 3M stock is bowed, but not broken.