The futures market is eagerly pricing in multiple interest rate cuts before the end of the year.

Setting aside the macroeconomic discussion, the underlying health of the American consumer seems solid as we approach the mid-point of the year — which is about when everyone starts focusing on the holiday shopping season and the stocks that are best poised to perform as spending ramps up. No surprise then that a number of video game stocks are perking up on the heels of the recent E3 entertainment expo in Los Angeles. Hype is building for new titles and a coming console hardware refresh.

Here are four stocks to watch: 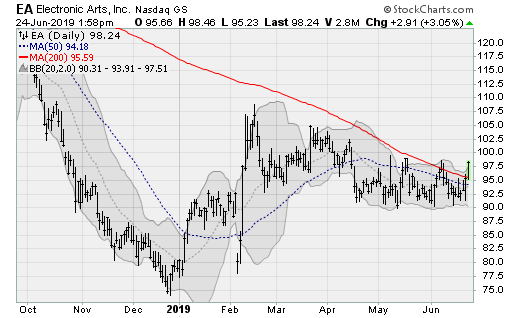 Electronic Arts (NASDAQ:EA) shares are breaking up and over their 50-day and 200-day moving averages, setting the stage for a move up and out of a five-month consolidation range. Analysts at Nomura initiated with an overweight rating. 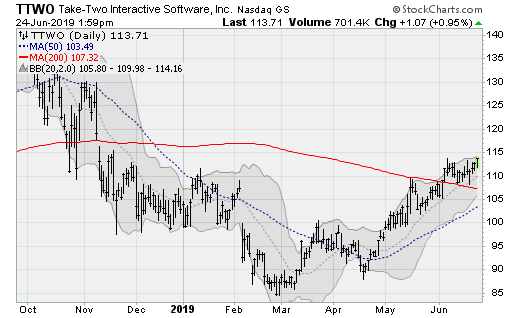 Take Two Interactive (NASDAQ:TTWO) stock has been surging, on an upward trajectory since bottoming in March. Analysts at the Benchmark Company recently raise their price target to $130 after witnessing a jubilant reaction to its Borderlands 3 demo at the recent E3 show. They are also looking ahead to the next Grand Theft Auto game. The last installment, Grand Theft Auto V, was initially released in 2013. 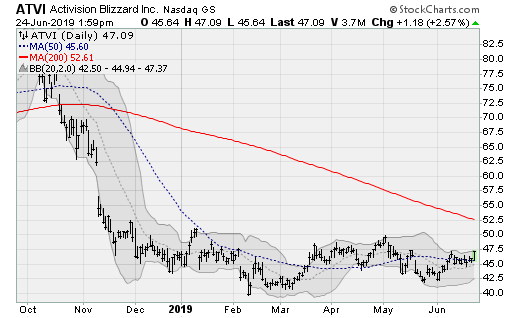 Analysts at Needham recently sat down with management of Activision (NASDAQ:ATVI), who noted an intent to focus on monetizing core franchises including Call of Duty and sticking to a more frequent and predictable schedule of content releases. Coverage was recently initiated with a neutral rating by analysts at Citigroup. 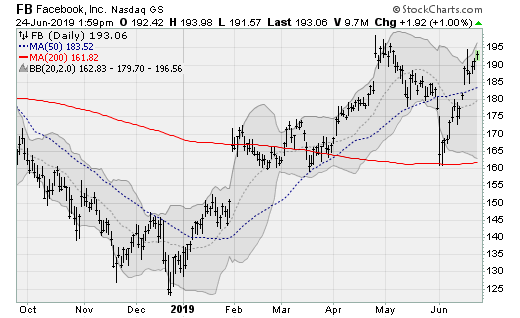 While Facebook (NASDAQ:FB) might not be the first name one thinks of when it comes to video games, the company is a major player both through its Oculus VR subsidiary as well as its social media-based games. Facebook as well as competitors are in the midst of the launch of “Gen 2” VR headsets with better tracking and resolution, among other features.

The company will next report results on July 24 after the close. Analysts are looking for earnings of $1.87 per share on revenues of $16.5 billion. When the company last reported on April 24 earnings of $1.89 per share beat estimates by 27 cents on a 26% rise in revenues.