As has been widely reported, stocks tumbled in May with S&P 500 losing 5.67%. Indeed, riskier assets were not in style last month, but there was at least one exception: bitcoin. The largest digital currency by market capitalization surged 67% last month. After starting at $5,265 on May 1, bitcoin closed around $8,900 on May 31.

Bitcoin’s May performance is all the more impressive when considering U.S. regulators continue delaying decisions on ETFs linked to the cryptocurrency. Last month, the SEC again delayed a decision on the fate of a bitcoin ETF proposed by VanEck and fintech firm SolidX Management LLC.

While data suggest a majority of investing Americans would prefer to access bitcoin via an ETF, the SEC is no hurry to approve a bitcoin ETF.

It could be a while before regulators give the greenlight for cryptocurrency ETFs, but here some funds that can investors involved with bitcoin. 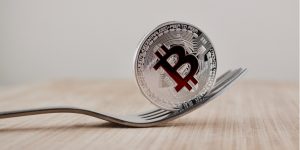 The Grayscale Bitcoin Investment Trust (OTCMKTS:GBTC) was one of the first vehicles using the fund structure to give investors exposure to bitcoin, but to be clear, GBTC is not structured as an ETF.

GBTC, which represents fractional bitcoin ownership, “enables investors to gain exposure to the price movement of bitcoin through a traditional investment vehicle, without the challenges of buying, storing, and safekeeping bitcoins,” according to Grayscale.

There are some drawbacks with GBTC, including an expense ratio that is well above the average fee found on ETFs — or even actively managed mutual funds. Additionally, GBTC is currently closed to new investors, but interested parties should continue checking the fund’s website because GBTC is periodically opened throughout the year.

Finally, GBTC can often trade at significant premiums to bitcoin. Based on the fund’s recent closing price, it reflects a bitcoin price north of $11,000, not the digital asset’s true prices of just under $9,000. 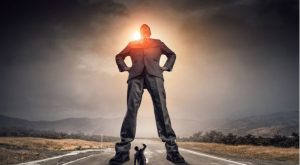 The Grayscale Digital Large Cap Fund, which debuted in February 2018, is an idea, albeit a pricey one, for investors looking for exposure to multiple digital currencies, including bitcoin.

“Grayscale Digital Large Cap Fund enables investors to gain exposure to the price movement of a diversified mix of large cap digital assets through a traditional investment vehicle, without the challenges of buying, storing, and safekeeping digital assets,” according to the issuer.

The fund devotes 70% of its weight to bitcoin and also has allocation to ethereum, XRP, bitcoin cash and litecoin. This bitcoin spent its first year on the market available only to accredited investors (those investors with annual income of $200,000 or a net worth of over $1 million), but it is expected to become available to a wider audience. 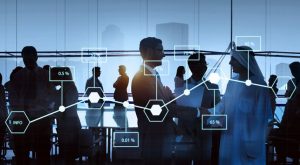 The Amplify Transformational Data Sharing ETF (NYSEARCA:BLOK) is a not dedicated bitcoin ETF. It actually does not hold any bitcoin. Rather, BLOK is a play on the blockchain, the digital ledger on which bitcoin transactions are stored. However, blockchain technology has myriad applications beyond the cryptocurrency space.

This actively managed, thematic fund holds 52 stocks, including Internet, financial services, bank, software and semiconductor names. BLOK is also a global fund with over 56% of its weight allocated to companies from outside North America.

There is a long-term case for BLOK because of the array of industries that adopting blockchain technologies. Blockchain is already being used across the financial services industry, in healthcare and in conjunctions with smartphones and mobile devices. It’s also expected to be a cornerstone of connected devices and the Internet of Things theme.

Give BLOK some credit, too. It may be showing some correlation to bitcoin because the fund lost just 2.50% last month as the S&P 500 slid 5.67%. 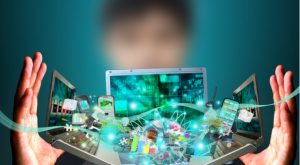 The ARK Innovation ETF (NYSEARCA:ARKK) is not a cryptocurrency ETF, but it merits a place in this conversation because, at one point, ARKK held a sizable position in the aforementioned GBTC. ARKK is an actively managed fund so it can move in and out of positions, meaning it is possible that the fund will eventually renew its bitcoin exposure.

ARKK’s managers deserve some credit for their crypto expertise. The fund surged in 2017 as digital currencies prices soared, but ARKK’s management team trimmed its GBTC exposure in early 2018, just before bitcoin plunged.

Companies found in ARKK include “DNA technologies, industrial innovation in energy, automation and manufacturing, the increased use of shared technology, infrastructure and services and fintech,” according to the issuer.

Currently, ARKK’s headwind is not bitcoin exposure or lack thereof. It is a 10% weight to Tesla Inc. (NASDAQ:TSLA). 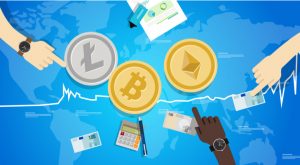 Expense ratio: 2.50% of assets under management.

The Bitwise 10 Private Index Fund is the first crypto-based index fund and it holds the 10 largest digital currencies. Those assets are weighted by five-year diluted market values.

The fund devotes nearly two thirds of its weight to bitcoin with ethereum and ripple combining for 20.10% of the fund’s weight. Assets in the fund are rebalanced on a monthly basis and the minimum investment is $25,000.