The 2010’s were the decade when the electric vehicle (EV) revolution got started.

At the start of the decade, electric vehicles were essentially non-existent. Over the course of the next ten years, several things happened, all of which sparked more widespread EV adoption. Global legislation started promoting EV purchases in an effort to combat carbon emissions. Infrastructure was built out to support EVs. Technology advanced to give EVs more range and power. Battery costs came down to make EVs more affordable. Consumers became increasingly aware of the adverse environmental impact of gas-powered cars, and similarly increased their uptake of EVs.

Net net, EVs went from non-existent at the start of the 2010’s, to over 2 million global deliveries in 2018, or over 2% of global auto deliveries.

In other words, all the same tailwinds that started the EV revolution in the 2010’s, will sustain that revolution in the 2020’s. Considering EVs are ramping from a 2% penetration rate in 2018, the room for further growth here is tremendous. Indeed, IEA thinks that by 2030, global EV sales could measure anywhere between 20 million and 30 million cars, implying 10-fold to 15-fold growth from 2018.

That’s huge growth. Big enough to warrant buying and holding some EV stocks for the next decade.

At the top of this list of EV stocks to buy for the future of transportation, we have global EV leader Tesla (NASDAQ:TSLA).

Tesla is the poster child of the EV revolution, and with good reason. At just under 250,000 deliveries last year, Tesla accounted for about 12% of global EV deliveries. Year-to-date, Tesla has delivered around 160,000 vehicles, equivalent to roughly 15% share (assuming June global sales are equivalent to May). Meanwhile, in the U.S. EV market, Tesla has gone from ~25% share on a trailing twelve month basis back in 2017, to 60% as of last quarter.

In other words, Tesla is the unparalleled giant in the EV industry, with increasing market share thanks to the introduction and production/delivery ramp of new vehicles, like the Model 3. This dynamic should persist, with the Model Y next, and then future vehicles thereafter. As such, Tesla projects to maintain its leadership position in the global EV market over the next decade — a period during which the EV market will grow by at least 10-fold.

The result? Huge revenue and profit growth over at Tesla. All that growth will inevitably drive TSLA stock higher in the long run. 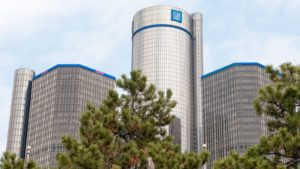 General Motors has an impressive line-up of EVs. It’s headlined by the Chevrolet Bolt, which is the fourth best selling EV in the U.S. this year, and the Chevrolet Volt, which lines up as the eighth top selling EV in the U.S. in 2019. Importantly, both cars are on the cheap end of the EV price range, which paves a path for both of these vehicle models to gain huge mainstream traction at scale.

As such, the General Motors strategy in the EV market is pretty simple. Design solid EVs, which the masses can afford, and as the masses pivot into the EV market, convince them to buy the Bolt and/or Volt. This is a good strategy, and it does broadly imply that as the EV revolution gains mainstream traction in the 2020’s, General Motors will benefit from robust EV growth. All that EV growth should drive GM stock higher in the long run. 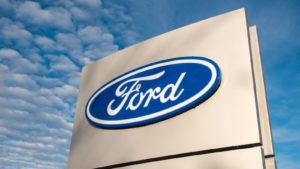 One traditional auto stock that has been slow to pivot into EVs is U.S. auto giant Ford (NYSE:F). But, the company is starting to aggressively pivot into the EV market, and this pivot lays the groundwork for healthy growth over the next decade.

To start, Ford’s headline EV — the Ford Fusion Energi — is the ninth best selling EV in the U.S. this year. But, that’s just the tip of the iceberg. Ford is in the process of building a Mustang-influenced electric crossover to rival Tesla’s Model Y, a fully electric Lincoln crossover, a fully electric SUV and a fully electric F-150 pickup truck, alongside a handful of hybrid models. The sum of all these new EVs means that, by 2025, Ford’s vehicle roster will be much more levered to EV tailwinds than it is today.

The implication of this is that Ford’s unit growth rates, which have been sluggish for several years, should look at a lot better within the next few years. This growth trend improvement should push Ford stock higher in the long run, especially from today’s depressed base.

Much like General Motors, Toyota (NYSE:TM) has been aggressive early on with its pivot into developing and marketing affordable EVs that cater towards mass adoption.

Toyota’s headline EV — the Prius — is the arguably the only non-Tesla electric vehicle that consumers far and wide recognize. Not by coincidence, it’s also the only non-Tesla electric vehicle, which held its own against the Model 3, S and X in 2018 in terms of sales volume. It continues to hold its own in 2019. Year-to-date through June, the Prius is the third best selling EV in the U.S., behind only the Model 3 and Model X.

Importantly, the Prius is exceptionally affordable, with prices in the $30,000 and under range. Thus, for capital-constrained consumers looking to pivot into the EV space who don’t have $30,000-plus to shell out on a car, Toyota’s Prius is the obvious choice. A lot of consumers fall into that categorization. As such, a lot of consumers project to buy Prius vehicles over the next several years as EV adoption rates soar.

The result for Toyota is supercharged revenue and profit growth, the sum of which could breathe life back into TM stock, which has been stuck in a sideways trading pattern for the past five-plus years. 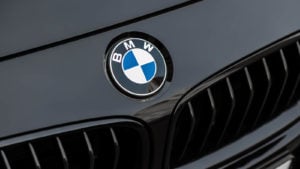 Going forward, BMW is only going to grow this EV roster. The company is planning to have 25 EVs on its vehicle roster by 2023, many of which will be luxury EVs. In so doing, the company will better position itself to drive healthy revenue and profit growth through luxury EV adoption over the next several years. Indeed, management expects EV sales to double by 2021.

That’s a bunch of growth. BMW stock, which trades at more than 40% off decade highs, is not priced for this growth. As such, over the next several years, robust luxury EV growth should converge on a discounted valuation and spark a nice recovery rally in BMW stock.

As of this writing, Luke Lango was long TSLA and F.

Florida company successful at recovering REE from mine waste