5 Penny Stocks to Buy, But Only If You Can Risk It

[Editor’s Note: This story was previously published in February 2018. It has since been updated and republished.]

Whether you’re a newbie who just watched The Wolf of Wall Street or you’re a seasoned trader whose previous fliers on penny stocks have burned one too many holes in your pocket, the story is the same — stay away from penny stocks!

Penny stocks (classified by the SEC as anything trading under $5) are among the more volatile securities you’ll ever come across. There are a few reasons for that, not the least of which is that their low prices confuse many would-be investors. Remember, just because it trades for a dollar doesn’t mean that it’s a cheap stock.

Consider Lifeway Foods (NASDAQ:LWAY), which trades for a mere $3.65. Compare that to Danone (OTCMKTS:DANOY), trading at $17. Lifeway certainly appears cheaper, but with a price-to-earnings (P/E) ratio of -15, meaning it is not profitable, versus Danone’s P/E of 17.4, you’re actually paying a premium for LWAY stock.

That tiny price tag also makes penny stocks more susceptible to scammers and wild swings in price. All of this is not to say that buying penny stocks can’t go your way, but the odds are stacked against you.

Still here? Good. For those of you determined to get rich quick and HODL (hold on for dear life), I’ve rounded up five penny stocks that I found through a combination of earnings growth, fundamental strength and performance.

I’ll tell you if you should buy it or stay away from it, but do yourself a favor and only invest money that you can afford to lose and not your kids’ college fund. These are only for the crazies. 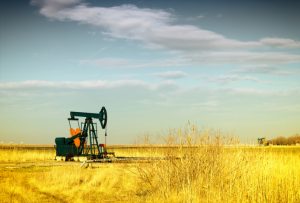 Enservco (NYSEARCA:ENSV) is a little-known oil and gas player with a lot of earnings juice in the tank. The reason you haven’t heard of this Denver-based company is due to its particularly boring, but stable, business: well enhancement and fluid logistics.

It’s not your conventional oil and gas business. While Enservco suffered along with the rest of the oil patch during the dog days of the energy rout, it has since turned things around. In 2016, ENSV reported an operating income loss of $11 million. By 2017, management had trimmed that loss to $5 million. And in 2018, its operating loss has narrowed to just $2 million.

Enservco is now on track to become profitable again and the company has proven that it can drive profit growth even in a low-price environment.

Should you buy ENSV stock? In the past year, Enservco’s stock is down 66.5%. But with  a steady 20% growth rate expected over the next five years, 50% upside in the stock isn’t that much of a long shot. But for now, hold ENSV stock. 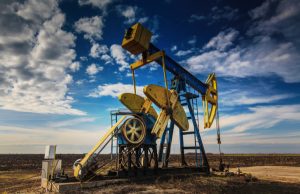 Smart Sand (NASDAQ:SND) is another company that works directly with frackers and oil drillers. Unlike Enservco, Smart Sands’ business is in hydrocarbon. Specifically, SND is in hydrocarbon recovery for Big Oil hydraulic frackers. It also owns its own sand mine for fracking in the Oakdale, Wisconsin area, and another mine in Jackson County, Wisconsin.

Lately, business has been good, with Smart Sand increasing its net income from 8 million in 2014 to 29 million in the past year. In the current quarter, analysts expect SND’s earnings to rise 75% quarter-over-quarter. Next quarter, analysts expect Q-o-Q growth of 14%. For the year, however, the company’s EPS is expected to drop nearly 50%. And an average of -2.6% growth is penciled in for the next five years.

Should you buy SND stock? SND needs a catalyst to be worth owning. According to U.S. Silica (NYSE:SLCA) CEO, Bryan Shinn, that catalyst is demand for locally sourced frac sand.

“The trend towards longer laterals and more sand per well is continuing and will drive strong demand into 2019 and beyond,” says Shinn. Higher oil prices should also facilitate stronger demand for fracking sand and make SND stock worth holding. 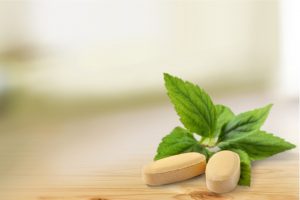 Shineco (NASDAQ:TYHT) is a China-based holding company specializing in Chinese herbal medicine, which it sells through its subsidiaries direct to consumers. Shineco differentiates itself from its competition through its technology: Apocynum Venetum Fiber, Flavonoids and Pectinose.

Apocynum Venetum is a cotton-like Chinese fiber with (allegedly) antibacterial properties that are intended to regulate blood pressure. Shineco’s flavonoids are central to its “cardio-cerebral-vascular” drugs.

The company claims that its treatments improve memory, among many other things. Pectinose, which can be used as a food additive, is used by Shineco to lower blood lipids and enhance the immune system.

Should you buy TYHT stock? With a P/E of 4,7, TYHT stock is undervalued relative to its peers. That said, Shineco’s business sounds too hokey for me, and it’s a space that doesn’t lend itself well to competitive moats. I’m also unconvinced that its investment in blockchain through Hash Bank will pay off. Stay away unless you’re extra nuts. 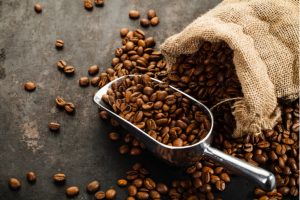 Like most of the companies on this list, you’ve probably never heard of Coffee Holding Co (NASDAQ:JVA), a scrappy little company whose business is beans. JVA sells coffee wholesale for several uses, which include green coffee, private-label use and as branded coffee.

Back in 2011, Coffee Holding was on top of the world. Forbes named Coffee Holding No. 41 on its “Best Small Companies” list amid a boom in coffee stocks. Companies such as Caribou Coffee and Peet’s Coffee & Tea were flying high as the price of coffee peaked around $2.90-per-pound. Today, both Caribou and Peet’s are delisted as the price of coffee trades just over $1-per-pound.

The only coffee stock you hear about today is Starbucks (NASDAQ:SBUX), which is more akin to McDonald’s (NYSE:MCD) than the aforementioned coffee stocks. But Coffee Holdings survived the downtrend and is still kicking. What’s more, coffee prices have been in a bearish trend since November 2016 and are overdue for a turn higher.

Should you buy JVA stock? Its relative anonymity works in its favor. JVA stock currently has a single analyst covering it, earning JVA its sole “buy” rating. The analyst’s price target of $8 allows for 44% upside from JVA’s current perch of $4.47.

If Coffee Holding rises on the back of higher coffee prices, you can bet that price target will be revised higher and more analysts will pile in with their own targets. If you’ve got money to risk, buy JVA stock before that happens. 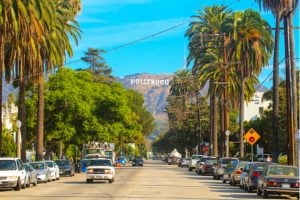 If you evaluated Dolphin Entertainment (NASDAQ:DLPN) based solely on its 2018 performance, you may have ran for the hills and not looked back. But if you bought at the turn of 2019, you’d be up 35%.

I understand if you didn’t — It’s a relatively unknown company that has struggled for years to turn a profit, capped by a year of monster losses … why would anyone dare risk their own money in DLPN?

Trading at $1.04, three analysts have slapped “buy” ratings on the stock with a $3 price target consensus, or nearly 300% upside from here. Not bad.

With all of the hoopla surrounding MoviePass [Ed’s note: Helios and Matheson stock has been delisted from the Nasdaq], Netflix (NASDAQ:NFLX), Fox (NASDAQ:FOXA) and Disney (NYSE:DIS), it’s easy to forget there are other content production companies in existence. Dolphin Entertainment may not be the largest or the loudest, but it’s making moves behind the Hollywood scenes.

Should you buy DLPN stock? Its recently acquired 42West marketing outfit provided DLPN with a revenue stream in the public relations industry.  With a forward P/E of 13, it’s hard not to take a flier on DLPN stock.

As of this writing, John Kilhefner did not hold a position in any of the aforementioned securities.