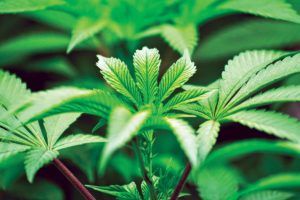 A cannabis cultivator struggling to gain name recognition could accelerate that process by co-branding with an established company.
(Photo by Bart Schaneman)

(This story appears in the October issue of Marijuana Business Magazine.)

National cannabis brands are common in several sectors including infused products, vape pens and retail. But the industry has not seen many national flower brands.

For one thing, flower can’t be transported across state lines, so it can’t reach consumers in other markets. Additionally, growers often pride themselves on creating flower with characteristics specific to their location.

When each state’s cannabis market is insular, it’s difficult to establish a national reputation. But at least one marijuana producer has taken steps to achieve this.

Cookies, a cannabis company from California’s Bay Area, has established itself as a recognizable flower brand in several states, including Colorado, Massachusetts, Nevada and Washington, among other markets.

Jon Spadafora, partner and head of sales and marketing at Veritas, told Marijuana Business Magazine that initially Veritas wasn’t sure growing flower under the Cookies brand would be a good fit.

Cookies was founded by Gilbert Milam Jr., a rapper who goes by the name Berner. Spadafora said he worried the rapper’s name was supposed to sell the product by itself.

“We were concerned it was just another celebrity-driven brand,” Spadafora said. Meanwhile, he believed Colorado’s cannabis consumers were too discerning to pay a premium if the cannabis wasn’t of high quality.

But when Spadafora and a few members of the Veritas team took a trip to see Cookies’ commercial grow in Los Angeles, his opinion changed.

“We were struck by, one, how clean and beautiful the space was,” Spadafora said.

He also noticed the staff’s passion, “that twinkle in the growers’ eyes,” and could tell the cultivators on the Cookies team loved to grow cannabis.

“That’s important,” Spadafora said. “Everybody cares, and they care because everyone loves the end product.”

The team visited another Cookies facility in Northern California—and after that, Spadafora knew the two companies’ values aligned.

The vetting process went the other way, too. Tori Cole, vice president of marketing for Cookies, said the company was looking for “like-minded partners” and found one in Veritas.

Even though Cookies has a range of other products including vapes and cannabis-infused items, the company has always been focused on growing different strains, she said.

When looking for an out-of-state cultivator, the company was seeking a partner that “understands the phenomenon of Cookies.” They wanted to work with growers who had the same attention to detail and the ability to work in a collaborative environment.

“There’s a lot of sharing between teams,” Cole said. But it really comes down to how good the growers are. Reputation often precedes the introduction for cultivation companies, Cole said, adding, “It’s a small industry.”

Beyond vetting the reputation of potential partners, Cookies will also visit grow sites to determine if companies’ existing cultivation practices fit their ethos, paying attention to details such as irrigation systems and lighting.

Once the product starts to hit store shelves, the Cookies team monitors what consumers say on social media and how they’re voting with their dollars, Cole added. Cookies fans have been known to line up around the block when the company announces product drops.

Before the COVID-19 pandemic, the quality-control arm of Cookies’ sales team would travel to check on its partners’ operations. Now, Zoom fills that function, and Berner will often participate in the video calls and ask to see the flower up close.

“It’s a pretty entrenched process on both sides, and everyone is talking to each other,” Cole said.

Spadafora agreed, adding that the Veritas grow team and Cookies cultivators were “geeking out over humidity,” for instance.

Spadafora said Veritas has allocated about 15% of its production to growing for Cookies, with the intention of ramping up to about 40%.

The deal the companies entered stipulates that Veritas will grow for Cookies for a set amount of time (the companies declined to disclose exactly how long) and then the partnership will be reevaluated.

Spadafora said that although Veritas had already established itself as a premium flower brand—one reason he believes Cookies wanted to work with his company—the cross-branding opportunities also bring a lot of value.

The Cookies name is featured the most prominently on the brand’s Colorado-grown products, but it also notes that the cannabis inside was grown by Veritas. That’s important in a more mature market, where the consumer wants to know where cannabis originates, Spadafora said.

In the end, Spadafora said the relationship between the two businesses seems to be a good fit that goes beyond making money.

“This isn’t just putting your name on something and collecting a check,” he added.