This is one of the biggest days on the calendar of any Apple (NASDAQ:AAPL) investor. The company kicked off its World Wide Developer Conference — WWDC 2019 — with a keynote packed with announcements. Also included were indicators of which way the company is going now that iPhone sales are no longer a guaranteed growth engine for Apple stock.

One of those announcements was a bombshell … AAPL stock had been trending up since pre-market, but quickly began to sink during the presentation. The market has yet to fully digest everything Tim Cook and company just announced, but the early indication is that Apple investors haven’t been impressed.

Here’s everything you need to know about about Apple’s WWDC 2019 keynote, including new hardware and the end of an era in digital media sales.

The End of iTunes 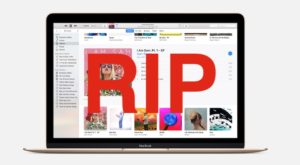 Just over a decade ago, iTunes had become the second-largest music retailer in the U.S., and Apple used it to launch a movie rental service. By 2013 iTunes dominated the digital music market, but with streaming gaining in popularity, the company launched Apple Music in 2015 to take on Spotify (NYSE:SPOT), and from that point, the writing was on the wall for iTunes.

With Mac users complaining about the bloated software — which now does everything from manage music libraries to purchase and stream movies and update iPhones — today Apple announced it is pulling the plug.

The replacement is three apps for the Mac: Apple Music, Apple Podcasts and Apple TV. All the functionality of iTunes should remain, but with media-specific apps that simplify use, instead of the old Swiss Army Knife approach. 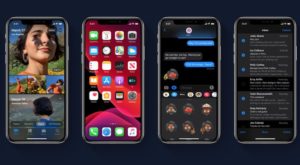 Coming in the fall, iOS 13 will be the latest and greatest version of the operating system that powers the iPhone. It’s a critical part of the iPhone experience, and a compelling upgrade, could mean more iPhone sales — which is always good news for Apple stock.

Dark Mode (introduced last year for the Mac) is one of the most anticipated new features to be included, but Apple is also focusing on under-the-hood developments. As a result, many processes will be faster on an iPhone running iOS 13, including app launch speeds that are up to twice as fast, and Face ID that is 30% faster. New photo editing (and for the first time video editing ) capabilities will help iPhone cameras to be more competitive.

Other apps get big improvements, including desktop-class formatting in Mail, a Quick Path swipe keyboard option, and real-time lyrics in Music. Apple says the Maps app is also completely revamped, with new road and aerial data and a button for a 3D LookAround view — which appears to be very similar to Google Street View…

Also emphasized in iOS 13 is user privacy, including location tracking and app privileges. 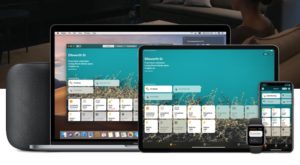 Apple is really pushing the security of its HomeKit smart home platform and it got considerable stage time at WWDC 2019.

Apple is launching a new HomeKit Secure Video service, that uses Apple devices to locally analyze video from home security cameras. The data is encrypted and uploaded to iCloud, with 10 days of free video storage. In addition, Apple is promoting HomeKit-enabled Wi-Fi routers, which will be released by companies including Linksys.  These will act as a firewall to protect connected devices. 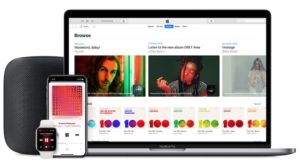 Apple gave Siri and some music-related hardware time in the spotlight. The company’s voice assistant is getting a big upgrade, with neural text to speech (instead of recording an actor) for more natural speech. Siri not longer needs to be involved with “Hey Siri” to reposed to messages. Siri also gets support for live internet radio music.

Apple’s smart speaker gets a handoff feature, so when an iPhone owner arrives home, the music they are listening to automatically starts playing on the HomePod. The HomePod also gets personalization so it recognizes individual users and their preferences. CarPlay gets a new and more useful dashboard that shows additional information.

Airpods will be getting an audio sharing feature. 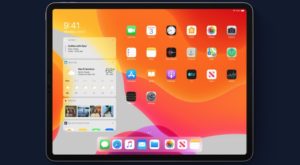 Since its launch, the iPad has run Apple’s iOS software, the same as the iPhone and iPod Touch. However, at WWDC 2019 the company announced the tablet gets its own operating system: iPadOS.

Given AAPL stock’s quest to make the iPad Pro a laptop-alternative productivity machine, while trying to boost iPad adoption among consumers and the education market with more affordable pricing, the move to a custom operating system makes sense. In this initial release, Apple is emphasizing productivity aspects, including multi-window options and thumb drive file access, as well as improved Apple Pencil functionality. 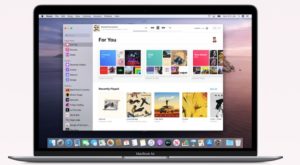 The big change in macOS is the death of iTunes and replacement with the Apple Music, Apple Podcasts and Apple TV apps. However, the operating system for Apple’s computers also sees other updates.

Sidecar lets macOS support an iPad as a second display for a Mac, and the Mac finally gets touch input (sort of) by using Apple Pencil with an iPad connected to a Mac — two more reasons for consumers to buy a new iPad. Apple also introduced full voice control in macOS Catalina for increased accessibility and RealityKit for easier AR app development.

One of the biggest moves is “Project Catalyst,” which Apple is using to make iPad apps easily available on the Mac. The expected rush of iPad apps supported in macOS Catalyst should help make Mac computers more attractive to consumers, while helping to boost App Store revenue for AAPL stock. 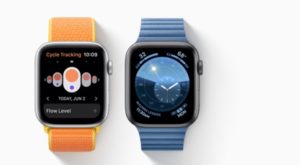 The Apple Watch continues to be a hardware success story for the company. Today, details were released for watchOS 6, the newest version of the smartwatch operating system.

The new OS increases the Apple watch independence from the iPhone, with apps that run on the smartwatch without requiring a companion app on the iPhone. This includes a new App Store, allowing apps to be browsed, purchased and installed directly from the Apple Watch itself. Also on tap are health capability upgrades, including progress reports (or trends) on activities along with coaching tips for improvement, a new Noise app that warns the wearer if background noise is loud enough to damage hearing, and cycle tracking for female Apple Watch owners. 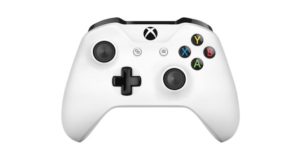 The operating system powering the Apple TV 4K is an important part of Apple’s strategy, especially with the new video streaming service coming online in the fall.

The new version of tvOS gets a new, more immersive Home screen, and gains personalized settings so family members can have their own preferences. In addition, in support of gaming on the Apple TV 4K, tvOS gets support for the two most popular wireless game controllers: the Xbox One and Playstation 4. 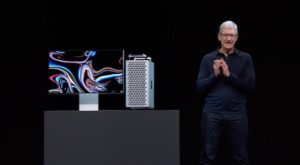 In 2017, with Mac sales under fire and the company’s core professional users complaining about a Mac Pro that was years behind the rest of the industry and virtually impossible to upgrade, AAPL stock promised to take action.

Apple showed off its new Mac hardware at WWDC 2019, a new Mac Pro that has a stylish look with touches like a stainless steel frame and handles with an aluminum body, but in a more traditional form factor. One that can actually be upgraded, including eight internal PCI slots for expansion. It can support two of Advanced Micro Devices’ (NASDAQ:AMD) Radeon Pro Vega II video cards, making it an incredibly powerful graphics workstation.

The company also announced it’s back in the display game it exited in 2016 when the Thunderbolt display was discontinued. The new Pro Display HDR is a 32-inch, 6K model with professional features and an appearance that complements the new Mac Pro.

Pricing and availability of the new Mac Pro and Pro Display HDR? The new computer starts at $5,999 while the display goes for $4,999 with fall availability for both. 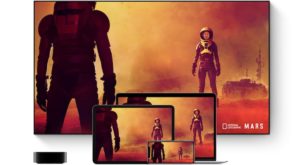 Apple is looking to its Services division to take over from the iPhone when it comes to driving revenue and Apple stock price. So it should come as no surprise that TimCook started off his WWDC 2019 keynote by plugging the latest Apple services, including Apple News+, Apple Video+ and Apple Card.

In fact the first video of the event was a preview for a new series exclusive for Apple’s video streaming service.

All of Apple’s new software arrives officially in the fall, with public beta versions coming in July. The next big Apple Event is expected to be the latest iPhone launch in September.

Strain of the Week: 5 things to know about the creamy, dreamy strain that is Dairy Queen