ACB Stock: Aurora Stock Is a Sleeping Giant in the Cannabis Sector

Like a deflating tire, the North American cannabis index has been slowly sinking since mid-March, testing investors’ patience and enthusiasm for the sector. And just as a rising tide lifts all boats, a sinking tide can pull all ships down with it. In this case, it’s Aurora Cannabis (NYSE:ACB) stock that’s being pulled under by a cannabis market that seems to be taking a breather. 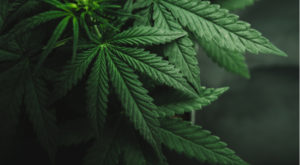 That tide will likely rise again as Canada prepares to legalize CBD edibles, beverages, extracts and topicals later this year. For Aurora in particular, however, there are three company-specific catalysts that make it especially attractive at the current valuation.

Sure, Aurora is the second-largest Canadian cultivator by market cap ($10.1 billion, to be exact), but there’s more to Aurora than its considerable presence in the Great White North. Too many investors ignore burgeoning cannabis markets abroad, but Aurora is an early mover in this field with multiple acquisitions and joint ventures.

Moreover, in September of last year Aurora purchased ICC Labs, an Uruguay-based licensed producer and distributor of medicinal cannabinoid extracts, recreational cannabis, and industrial hemp products. As you may recall, Uruguay was the first country to legalize cannabis use for adults; ICC Labs’ cannabis market share in Uruguay is over 70%, and they also hold licenses in Colombia to produce medical cannabis.

Big Money Is Flowing In

If you consider large-scale institutional buying to be an indicator of where the “smart money” is flowing, then Aurora looks to be the smartest cannabis play on the market right now. Indeed, the company’s most recent 13F filings indicate that qualified institutional investors have been grabbing up shares in massive quantities lately.

I don’t recommend just blindly following the “smart money,” but you can’t argue with those numbers. If institutional order flow is any indication of things to come, the prognosis is leaning bullish, to say the least.

I’ve been monitoring an awful lot of cannabis companies, and I have yet to see any company in the sector grow their production capacity like Aurora has. The numbers tell the tale: in the third quarter of 2018, Aurora produced 1,206 kilograms of cannabis. Less than a year later, in the second quarter of 2019, Aurora produced 7,822 kilograms, and that number rocketed to 15,590 kilograms in the most recent quarter.

Growth isn’t even the right word for it; I think explosion is more apt in this case. But that’s just the beginning, as Aurora’s current annual production capacity is up to 150,000 kilograms and the company expects to increase it to 625,000 kilograms by December 31, 2020.

Granted, production capacity isn’t everything, but it’s a telling indicator of a cannabis company’s fiscal health — and with those numbers, I’m no doctor but Aurora’s prognosis is looking pretty darned healthy to me.

These three catalysts alone should be enough to quell any doubts that Aurora will continue to make waves in the market, both in North America and internationally. As far as I’m concerned, the sagging broader market isn’t a cause for concern — if anything, it’s just another reason to take a fresh look at Aurora, a now undervalued leader in cannabis.