After a Bumpy Few Months, Cronos Stock Is Back on the Move


Shares of Cronos Group (NASDAQ: CRON) are starting to stabilize. After its weak first-quarter revenue report reminded investors that Cronos stock was very expensive, speculators are buying the shares once again. Why? 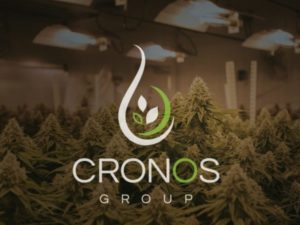 Cronos has a $7.9 billion market cap but with its quarterly revenue of CAD $6.5 million (USD ~ $5 million or $20 million annualized), the company trades at 154 times sales.

Cronos has no room to report any signs of slowing revenue growth in the near-term. It must continue winning supply deals to grow market share. And on May 14, it did just that. The company inked a $30 million multi-year supply deal with MediPharm Labs over 18 months.

The deal could optionally extend to $60 million over 24 months. Cronos will secure MediPharm’s private label supply of concentrates, after processing Cronos’ dry cannabis.

The supply deal validates Altria’s (NYSE: MO) $1.8 billion investment in Cronos. By outsourcing the process to a secondary player, Cronos may put Altria’s cash to better use. Altria outsources its own tobacco production to thousands of farmers and probably advised Cronos to do the same.

Instead of spending all of its resources on building up production facilities, it could land additional partnership deals while sharing risks with them. Cronos is bullish on its partnerships, especially with its work with Ginkgo.

In the September 2018 press release, Cronos said, “The landmark partnership between Cronos Group and Ginkgo will leverage the expertise of both organizations to solve this challenge and make more accessible the benefits of cannabinoids in an economically sustainable way.”

Since then, Ginkgo met its targets, triggering milestone payments. Ginkgo is a leader in synthetic biology, giving Cronos an advantage over the competition as the science works eventually bring meaningful results.

In the first quarter, ASP (average selling price) rose 7% to $5.73 due to higher revenue from CBD oil. Operating expenses also rose 12%, as Cronos incurred professional fees for services related to its strategic initiatives.

Despite the mixed numbers in the period, Cronos enjoys massive cash levels on its balance sheet that negates any investor worry over quarterly results. Altria’s backing puts Cronos in a better position to capture opportunities that arise and to accelerate its strategic initiatives.

Cronos has four strategic goals. It is establishing a global production footprint, developing a diversified global sales and distribution network, creating disruptive intellectual property, and growing a portfolio of products that resonates with consumers.

Since January 2019, Cronos secured listings with a number of private retailers in Canada and in the province of Ontario, British Columbia, Nova Scotia, and Prince Edward Island. Collectively, those five provinces represent 58% of the Canadian population.

Cronos plans to increase its capital investments to support an increase in production. The company expects Peace Naturals ramping up production through the course of 2019. The company has partnerships with companies in Israel, where it is developing a vapor product.

Cronos will have additional production capacity ready in the upcoming second half of the year. It had around 1000 kilos of capacity in the first quarter and aims to have 40,000 kilos next. Getting production to that level will depend on how regulations change. Cronos is scaling up output depending on product demand levels, and demand is a function of regulatory changes that open up the market opportunity. Cronos had over $2 billion on its balance sheet in Q1 but is demonstrating restraint in the way it spends that cash.

The Bottom Line on Cronos Stock

Cronos is not profitable yet and its market size is still unknown. Though the company is still losing money, its nearly $2 billion cash balance gives the company plenty of M&A opportunities. Analysts are bullish on the company and have an average price of $28.50 on Cronos stock.