Agilent Technologies (NYSE:A) unveiled its latest quarterly earnings results late on Tuesday, bringing in earnings that tallied in below what the Wall Street consensus estimate called for, while revenue also missed the mark, sending A stock sinking after hours today. 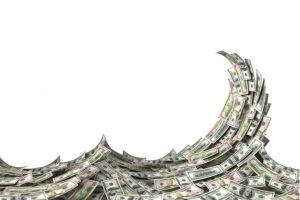 The Santa Clara, Calif.-based lab equipment maker announced that for its second quarter of the current fiscal year, it brought in revenue of $1.24 billion, surging from the $1.21 billion it posted during the same period a year ago. However, the figure was down when compared to the Wall Street consensus estimate of $1.27 billion.

Agilent Technologies added that its core revenues increased roughly 4% year-over-year during the three-month period. Revenue for its diagnostics and genomics group gained 5% to $254 million from $243 million during the year-ago quarter, due in large part to the strength in the business’ pathology-related business and nucleic acids solutions division.

A stock is plummeting about 8.9% after the bell Tuesday following the company’s quarterly earnings results. Shares had been gaining about 2.9% during regular trading hours for Agilent Technologies in anticipation of its results.