AIG (NYSE:AIG) unveiled its latest quarterly earnings results late today, bringing in an adjusted profit that surpassed what analysts called for in their consensus estimate, while also topping Wall Street’s expectations, playing a role in AIG stock soaring more than 6% after hours. 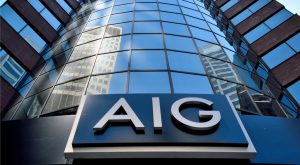 The New York City-based finance and insurance company said that for its first quarter of its fiscal 2019, it amassed adjusted net income of $1.39 billion, or $1.58 per share. The figure tallied up to a 44.1% gain when compared to its year-ago adjusted profit, which amounted to $963 million, or $1.04 per share.

The Wall Street consensus estimate called for AIG to bring in a profit of $1.01 per share, according to data compiled by Refinitiv in its guidance of analysts. A figure that also impressed was the company’s underwriting profit of $179 million in its general insurance business, ahead of its loss of $251 million from the same period a year ago.

It had been a struggle for the company to bring in an underwriting profit from its general insurance business since 2007, when the financial crisis turned insurance companies upside down. “We achieved an underwriting profit on a calendar year and accident year basis in the first quarter and we expect that to continue for the full year,” AIG president and CEO Brian Duperreault, said in a statement.

AIG stock is soaring about 6.7% after the bell Monday off the heels of the company’s powerful quarterly earnings performance.