Alcoa (NYSE:AA) posted its quarterly earnings results after the bell today, amassing a loss that was narrower than expected, while revenue was in line, yet it fell year-over-year, prompting AA stock to take a step back late Wednesday. 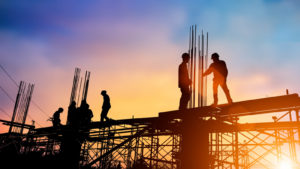 The Pittsburgh, Penn.-based industrial company — produces aluminum — announced its second-quarter figures that cemented the midpoint of its fiscal 2019. The business posted a loss of $402 million, which tallied up to $2.17 per share, compared to the earnings of $10 million, or 5 cents per share, from the year-ago period.

Alcoa added that for the period, it reported a loss of $2 million, or a penny per share, when adjusted for one-time items. During the year-ago period, it posted a profit of $1.17 per share. Wall Street expected the business to post an adjusted loss of 19 cents per share, according to the FactSet guidance.

The company also revealed its revenue for the period, tallying up to $2.7 billion, which is 25% less than the $3.6 billion from the second quarter of 2018. Analysts who were polled by FactSet were predicting revenue of $2.7 billion for the period.

Alcoa also mentioned that the global demand for aluminum is projected to grow in 2019 by about 1.25% to 2.25%, below the previous guidance of 2% to 3%. We can point to a decrease in demand in China and the rest of the world as trade tensions continue.

AA stock is sliding about 3.3% after the bell today, which is weaker than what analysts called for