Amazon Stock: 3 Things To Know Before You Invest in AMZN

Amazon (NASDAQ:AMZN) is on fire right now, and the company continues to edge toward its $1 trillion market cap. Amazon stock has consistently outperformed its competitors by taking a customer-first approach and aggressively entering new markets. 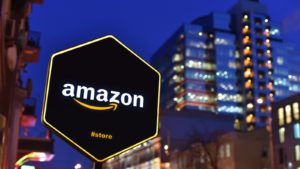 Amazon doesn’t succeed in all its endeavors and the company tends to focus on speed at the sacrifice of accuracy. But listed below are three things AMZN is getting right in 2019.

Similar to Black Friday, Prime Day is the company’s annual shopping holiday for its Prime subscribers. Typically, the holiday comes in mid-July and offers prime members big discounts on both physical and digital products. We’re in the middle of it right now.

Every year, the event seems to get bigger and more elaborate and it would seem that Prime Day 2019 will be the biggest event yet. The company extended the event to 48 hours and is offering it in over 18 different countries. Even non-Prime customers can sign up for a free trial and take advantage of the savings.

Investors should care a lot about Prime Day because it’s an important event for the company and will play a huge role in Amazon’s third-quarter results. Last year, Prime customers worldwide purchased over 100 million products. While workers are striking during Prime Day this year, the event should still be big for Amazon stock.

When Amazon announced it would begin offering free one-day shipping to its Prime customers, competitors like Walmart (NYSE:WMT) and Target (NYSE:TGT) saw their stock prices plummet. The company has continually pushed the boundaries on what it offers its customers in terms of shipping.

AMZN is already offering free one-day shipping on over 10 million items. And the company hasn’t announced when it will be available on all items but the company will spend an additional $800 million to make it happen. It has forced Walmart, at least, to try to match the offer.

This is an important move for Amazon because the company’s main selling point with its customers is convenience. Unlike Target or Walmart, Amazon doesn’t have a store that customers can visit if they need to pick something up. But the company does have a large fulfillment network, so faster shipping is the best way to draw in new Prime customers.

Amazon Will Play a Bigger Role in the Logistics Industry

FedEx (NYSE:FDX) surprised a lot of people when it announced it wouldn’t be renewing its contract with Amazon for air shipments. Other companies could follow suit though Amazon has been steadily moving away from using shipping carriers like the U.S. Postal Service and UPS (NYSE:UPS) anyway.

In 2018, the total U.S. domestic package market was $106 billion and nearly one-third of that is e-commerce shipments. This means that in the coming years, there’s a ton of growth potential for Amazon’s logistics business.

Amazon Stock Is Still a Buy

Wall Street analysts expect that AMZN will report sales of $62.51 billion for its current fiscal quarter. This would be impressive enough on its own but Amazon’s biggest asset is its diversity.

The company is already a leader in e-commerce, digital retail and cloud computing. And Amazon never stops thinking about the future. It’s always looking for the next industry to break into. This makes AMZN stock a good long-term investment and gives the company a huge competitive advantage.

Eldorado finds first Canadian mine may be richer than thought