In recent weeks, New Age Beverages (NASDAQ:NBEV) has deeply expanded its reach. It has attracted a key retailer and acquired new products as well as a distribution network. However, NBEV stock continues to fall despite these developments. The shares are down more than 14% in the last month, compared to the S&P 500 index, which is off 1.3% in the same period. 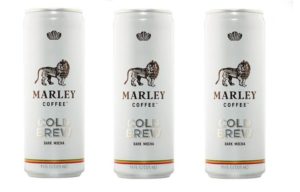 While these deals show progress in one sense, NBEV will remain a high-risk play until it can deliver results in the CBD-infused beverage market.

At the beginning of the year, I described NBEV stock as a “plausible, but risky” path to CBD-related gains. It appears that the more time passes, the more that description comes true.

The deal to bring its Marley+CBD Mellow Mood into Walmart (NYSE:WMT) stores carries with it both opportunity and risk. Yes, attracting shelf space in Walmart will boost sales by game-changing levels. However, if it fails to connect with shoppers, Walmart will not hesitate to remove it. Moreover, Walmart’s obsession with cutting costs could make it a challenging client.

The same holds true with its recent acquisition of Brands Within Reach (BWR). The deal carries with it licensing rights and distribution infrastructure. They happen to distribute well-known brands such as Nestea, Illy ready-to-drink coffee beverages, and Evian water. Analyst Michael Grondahl of Northland Securities agreed, saying this deal likely cost NBEV less than 1x revenue. According to Grondahl, BWR also appeared strong at stores such as Costco (NASDAQ:COST) and Publix.

This deal solidifies NBEV’s identity as a beverage company, bringing a diverse array of products under its umbrella. Moreover, the distribution network that comes with it leaves it better able to serve Walmart and later, bring its CBD-infused beverages to stores.

However, becoming more of a beverage company makes NBEV stock arguably less of a “marijuana equity.” Hence, it could struggle more to attract the outsized multiples of a Canopy Growth (NYSE:CGC) or Aurora Cannabis (NYSE:ACB).

Even more than that is the viability of NBEV stock itself. In my previous article, I argued that buying NBEV could lead investors to find the next Monster Beverage (NASDAQ:MNST). It could also become the next Jones Soda (OTCMKTS:JSDA), a once-promising soft drink company which saw its fortunes almost completely fizzle out.

Only time will answer that question. Still, the latest deals have done nothing to change that dynamic. Hence, the “plausible, but risky” description applies as much as ever.

Hence, I do not recommend NBEV stock for a retirement account, but I see enough promise here for a speculative play. Like Monster before it, New Age Beverages also brings a new category to the market. Additionally, Wall Street forecasts that the company will turn profitable in the third quarter of this year.

Analysts also believe that will translate into a yearly profit of five cents per share, taking the forward price-to-earnings (PE) ratio to just below 48x. That PE ratio appears reasonable given the predicted earnings growth of 113.2% this year and 80% next year.

However, the real worry lies in outside threats. It appears New Age Beverages stock will benefit from a first-mover advantage. The question becomes what happens when larger players respond. Coca-Cola (NYSE:KO) has so far denied interest in this cannabis-related market, even as the rumor mill speculates otherwise.

However, Constellation Brands (NYSE:STZ) has partnered with Canopy Growth. Tilray (NASDAQ:TLRY) has allied with Anheuser-Busch InBev (NYSE:BUD). These multi-billion dollar companies have the needed resources to outspend this much smaller $325 million New Age Beverages, How NBEV stock holds up when these companies offer their CBD-infused beverages will determine its future.

New Age Beverage’s progress will not translate into significant gains for NBEV stock until it proves itself. Without a doubt, the Walmart deal and the Brands Within Reach purchase adds to the cache of New Age Beverages stock. However, this changes little for NBEV stock holders. No matter what the company does, it cannot shake the perception that it remains a high-risk play. New Age remains a small company that so far holds the lead in the CBD-infused beverage market.

However, investors know that the largest beverage companies will eventually respond with their own offerings. This could return New Age Beverages to obscurity, or it could make it the next Monster Beverage. NBEV stock will not gain much traction until the public can see both sales and market share numbers.

Still, if the Marley Mellow Mood beverages succeed, investors could see massive gains. This possibility makes NBEV stock a speculative play if nothing else.