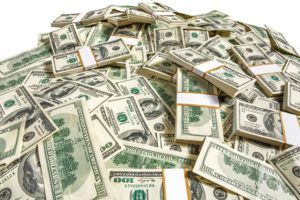 The business assets of The Guild San Jose, a California-based, vertically integrated cannabis business, were sold at auction Friday in an apparent first for a marijuana business in the world’s largest MJ market.

The winning bid, $8.25 million, was submitted by San Diego-based retail chain Urbn Leaf, which already operates two shops in San Diego and a third in Seaside.

The Guild San Jose was placed in a receivership Aug. 29 by the Superior Court of Santa Clara County after the business defaulted on a loan of more than $1 million, said Scott Yahraus, a senior project manager at Receivership Specialists, which ran the auction.

A judge ordered that the business be sold in order to repay creditors, Yahraus said. An initial buyer, MJardin, backed out, however, which prompted the auction.

The opening bid for the cash-only transaction started at $5 million and increased in increments of $50,000 among four bidders that had to be prequalified to participate in the auction.

Aside from Urbn Leaf, the three other bidders were Calyx Peak Capital, NorCal Cannabis Company and the Law Office of Glew and Kim, Yahraus said.

According to a review of the business provided to the qualified bidders:

The $8.25 million from Urbn Leaf will be split among 25 investors in The Guild San Jose, Yahraus said, including several former owners and operators, who were also investors in the company.

“They knew it was coming,” Yahraus said of the former company owners. “Their risk profile was, the business goes out of business, and they get zero. But in this case, it sells for $8.25 million, and they’re going to get something.

Joey Peña can be reached at [email protected]