Aurora Cannabis Stock Is a Hold Until the August Earnings Report

For cannabis investors, Canada’s Aurora Cannabis (NYSE:ACB) stock needs little introduction. Especially in its early days, Aurora Cannabis stock was can’t-miss for investors. Yet since March, it has come off a long way from peak performance. 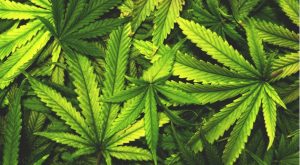 Investors in the cannabis sector are also aware of how volatile the stock price of Aurora Cannabis and its peers can be. On May 15, Aurora Cannabis released mixed earnings results for fiscal Q3 2019, which put pressure on the price of ACB shares and other weed stocks, including Canopy Growth (NYSE:CGC) and Tilray (NASDAQ:TLRY). Indeed so far June has been a tough month for ACB stock.

Let’s now look at what may be next for the stock price in the heat of the summer.

Industry Leadership in Canada: The Edmonton-based pot grower Aurora Cannabis is a leading producer in Canada. The group started trading on the Toronto Stock Exchange in July 2017. Management has said that the aim of Aurora Cannabis is to reach 700,000 kilograms of cannabis production per year (or about 1.5 million pounds).

In 2019, global legal cannabis spending is expected to reach almost $17 billion, a year-over-year (YoY) increase of over 35%. Aurora Cannabis, which aims to capture an important part of this growth, has three key target markets:

In Q3 2019, although Aurora achieved more recreational marijuana sales than medical cannabis revenue, the two segments were very close, i.e., split almost 50/50. In general, of these three areas, Canadian retail recreational is the most important one for the industry. Similarly, in the U.S., only 20% of sales come from the medical side. Thus, ACB stock is unique in its strength in the medical market.

Analysts note that sales from the black market in Canada are now shifting to legal online sales, i.e., to the retail sites of ACB and other major companies in the industry. If these trends — both globally and in Canada — continue, then the market would expect Aurora Cannabis sales to increase further.

Expanding Medical Market: Many analysts highlight the importance of the medical cannabis markets for ACB stock. The medical marijuana market operates with a higher-margin than its retail recreational counterpart.

Medical patients, who are in need of a cure that they believe cannabis can offer usually choose the derivative products, including oils, topicals, infused beverages, edibles or vapes. For ACB, these derivatives offer higher margins than recreational marijuana. Therefore, the company’s emphasis on medical products is likely to further benefit the bottom line in the coming years. In Q3, cannabis oil accounted for about 20% of ACB’s sales.

In December, the U.S. legalized hemp and hemp-derived ingredient cannabidiol (CBD), which is especially popular among consumers seeking relief from physical pain.  CBD does not have the (usually unwanted) psychoactive properties that come from tetrahydrocannabinol (THC), another natural compound found in cannabis.

Although Aurora Cannabis has not yet entered the U.S. hemp market, Wall Street believes it would only be a matter of time for the group to take advantage of the legal developments south of the border. As CBD oils rise in popularity, such a move would enable ACB to grow its brand among CBD-infused products and to reach a broader audience internationally.

However, it will probably be several quarters before investments in medical marijuana pay off and turn into further profits.

Global Growth: Several analysts have praised ACB’s continued operational progress, including diversified geographies into Europe and medical sales with higher margins. The company has operations in over two dozen countries.

For example, as part of its European expansion, in August, the group established a pan-European company, Aurora Europe headquartered in Germany, the largest cannabis market outside North America. That said, European Union (E.U.) sales were a mere C$3.1 million (or about $2.3) last quarter — not enough to make a big difference in ACB’s bottom line.

As the global market grows, ACB’s investments in these overseas markets are likely to give it a head start globally, too. Currently, the international market contributes to 6% of net revenues. But analysts expect Aurora Cannabis stock to become one of top global cannabis producers.

Canadian leaders like Aurora Cannabis are likely to become the first ones to be positively affected by major North American or global developments that boost the sales and use of recreational or medicinal marijuana. This, in turn, would also benefit the stock price of ACB.

Disappointing Earnings Results:  In Q3 2019, despite 367% YoY revenue growth, ACB missed analyst estimates by a wide margin. Furthermore, like other cannabis producers, ACB is not able to convert the exponential revenue growth into real profits.  Aurora Cannabis said it lost C$160.1 million, or 16 cents per share.

Like its peers, ACB has high operating expenses. In other words, Aurora Cannabis is spending a lot of money to make some cash. And the red ink at the bottom of ACB’s income statement, quarter after quarter, is becoming a worry for shareholders. If the international cannabis market does not grow as expected, then the stock price could experience further selling pressure.

Considering ACB’s expansion plans, bottom line results could get a lot worse before they get better. In other words, is the business model sustainable?

Analysts are also concerned that Aurora Cannabis does not seem to be interested in partnering with other companies. Many regard strategic partnerships as the key to long-term success in this volatile industry. Investors are not sure what if any the hemp strategy of ACB for the U.S. will be.

In March, when billionaire activist investor Nelson Peltz joined the group as a strategic advisor, investors applauded. However, over the past three months, there have been no partnership developments. Yet, the stock may be in need of attracting a larger investor, possibly one based in the U.S., in order to write the next chapter in growth.

Therefore, shareholders may decide to wait to hit the buy button on ACB stock until they have seen the next earnings results in August. Wall Street will be keen to analyze whether ACB will grow both recreational and medical sales it achieved last quarter and if the company is in a position to attract a partner company.

Questions Over Market Robustness: Upcoming earnings reports from ACB as well as its peers will be important for the industry, as not everyone is convinced that especially Canadian recreational pot sales will remain strong.

And if the numbers from ACB or other companies do not come out as high as expected, then there would not be much momentum for the stock or the cash-intensive industry as a whole. So far, cannabis stocks have largely been driven by hype and publicity.

Indeed, many analysts are concerned that the valuations in this new consumer market are extremely high, that most of the cannabis stocks are going through cash fast and that these companies, including Aurora Cannabis, are not likely to achieve profitability in the near future.

Many market watchers are also expressing concern that the Canadian market is currently running the risk of being oversupplied. Is all this capacity truly needed, given that export volumes are not expected to meaningfully offset oversupply, either?

Simple economics tells us that a supply glut would eventually drive down the price of a commodity, i.e., marijuana in this case, along with ACB’s and its peers’ margins.

If further growth does not come from the rest of the world and especially the U.S., Wall Street is likely to start devaluing most of these pot companies substantially. Thus, if there were legal issues, especially in the U.S., regarding the potential of legalization of marijuana at the federal level, the industry would take a hit.

In other words, whenever Wall Street doubts whether any of the weed companies can deliver the expected growth numbers, the overall industry gets penalized.

In other words, the downtrend since this spring is a stark reminder that ACB’s all-time high of $12.52 of Oct. With 2018 well in the rearview mirror, m.any investors are now wondering if the bears will now push the shares below $7.

ACB stock’s short-term technical chart looks weak, pointing to the possibility for more downside around the corner. Expect nearer-term trading to be choppy at best, possibly until the earnings announcement date in August.

If there is any broader market weakness in Canadian stocks, say due to market worries over U.S.-China trade wars, Aurora Cannabis share price may also be adversely affected further.

Later in the year, if you still believe in the bull case for Aurora Cannabis stock, you might consider waiting for a better time to get long, such as around $6.5.

Since listing on the New York Stock Exchange in October, ACB stock has rewarded investors richly. So far in 2019, Aurora Cannabis, the producer powerhouse, is up more than 45%.

However, I’d urge investors to keep in mind that there is a wide range of issues affecting the cannabis industry. It is likely that the rich valuations in this commodity-based consumer market may take a hit in the coming months.

There might also be further profit taking and investor uncertainty about the general markets as well as the weed industry. In addition, ACB’s short-term technical charts, especially the trend lines and support and resistance levels, are telling investors to exercise caution.

If you are considering investing in Aurora Cannabis stock, a front-runner of the marijuana industry and especially the medical segment both in Canada and globally, you may want to start building a position between the $6-$7 levels, and expect to hold ACB stock for several years.