BABA Stock: Alibaba Will Need Some Help to Move Higher


What’s interesting about Alibaba (NYSE:BABA) is that it has been a much better company than an investment. It’s hard to argue that Alibaba hasn’t lived up to expectations since its IPO nearly five years ago. Yet it hasn’t done all that much for the BABA stock price. 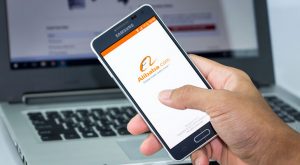 Since its first-day close just under $94, Alibaba stock has risen about 69%. That’s good performance, certainly, suggesting roughly a 12% annual appreciation. But over that stretch, BABA has actually underperformed large-capitalization tech stocks, as measured by the NASDAQ 100. Amazon.com (NASDAQ:AMZN) has returned 472%. The 179% return in Tencent Holdings (OTCMKTS:TCEHY) is more than double the increase in BABA shares.

Yet it’s hard to argue that Alibaba as a business has been a disappointment. It’s clearly, as many hoped five years ago, the dominant e-commerce player in China. Revenue for fiscal year 2019 (ending March) was more than seven-times higher than it was in fiscal 2014. Sales have grown an average of 48% over that period, including a 51% increase in FY19. Margins have compressed somewhat, but adjusted net income still has risen 230%.

Alibaba has done its job, but it doesn’t feel like it’s been rewarded enough. The question is when, or if that will change. Recent trading suggests it might take quite a bit of time.

The reaction to Alibaba earnings last week seems to highlight the problem for BABA. By any measure, Q4 earnings were close to spectacular. Both profits and revenue crushed analyst expectations. Dana Blankenhorn wrote that the report “blast[ed] away the bears“. Luce Emerson said the quarter was “stellar.”

Those analyses all seem dead on. Yet the BABA stock price increased just 1.5% after the release. In the five sessions since, it’s dropped over 10%. Shares are down 20% just since May 3rd.

The obvious culprit is fear of a trade war and what it might do to the Chinese economy. But that’s not the only explanation. Alibaba’s chief e-commerce rival, JD.com (NASDAQ:JD), has seen its shares drop just 11% since the third of this month, with a strong earnings report of its own. Even Tencent shares are down less than 17%.

One might think given its scale, its massive user base — 654 million customers last year — and its clear dominance in e-commerce, Alibaba stock might have some insulation from those broader fears. Yet it’s underperforming other publicly traded Chinese companies.

The Long-Term Problem for BABA Stock

But, again, this isn’t a one-time issue. Alibaba simply hasn’t been that impressive an equity over time. Basically, investors have had one good year. That was 2017, when the BABA stock price skyrocketed 96%. Shares are now below where they traded before the beginning of 2018.

One issue may be that some investors simply see too many risks with Alibaba stock. Indeed, I’m one of them, as I’ve written in the past. The Chinese economy still looks worrisome and remains Communist-controlled. A steadily weakening yuan certainly hasn’t helped BABA or other China plays of late. Alibaba’s accounting is opaque, to say the least. The VIE structure means U.S. investors don’t actually own shares of Alibaba, but a Cayman Islands-listed entity.

Those risks may be short-sighted as some bulls argue. But they also mean that every time the market gets nervous, BABA stock is going to sell off. The trading action of the last week isn’t anything new. Alibaba shares, 2017 aside, simply haven’t been able to maintain a consistent rally.

How to Play BABA

What’s interesting about the long-running problem is that bulls very well could — and likely do — see it as a good thing. Continual pressure on the share price might cause short-term frustration. However, it also presents repeated buying opportunities.

After all, there’s a case that Alibaba stock is going to rise eventually as long as it keeps performing. And is it really that impossible to believe that BABA could at some point pass the likes of Microsoft (NASDAQ:MSFT) and Apple (NASDAQ:AAPL) and become the world’s most valuable company? That’s the uber-bull case for BABA: dominant share in the world’s largest market means it could become the world’s biggest company at some point.

But even if Alibaba can get there, it’s going to take some time, and quite a bit of patience. The risks here are real, and it’s clear at this point that BABA stock is going to react to external factors as much as, if not more than its own performance. Put another way, if BABA stock can’t gain after this type of earnings report, it’s difficult to see what catalyst there might be.