While Wall Street is worried about the impact of the trade war on Alibaba (NYSE:BABA) stock, the company is showing rapid progress in its cloud division. In the latest quarter, its cloud segment reported a growth of 76% with annualized revenue of $4.6 billion. On the other hand, Tencent’s (OTCMKTS:TCEHY) fintech and cloud business reported a growth of 44%. Alibaba’s market share of the cloud segment is improving within China. 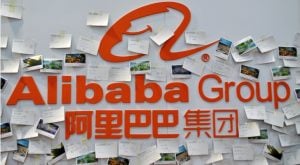 Alibaba has also built data centers and cloud capabilities in Southeast Asia and South Asia. This brings the company in direct competition with AWS.

Alibaba does not have a home-team advantage in these markets. According to a recent Gartner report, Alibaba is taking away market share from AWS in these regions. Massive investment in the cloud segment by Alibaba should increase the revenue share of this segment to over $10 billion by the end of calendar year 2020. Investors should note the impact of improving margin and revenue share of the cloud business on Alibaba stock.

In Cloud Stocks, Winner Takes All

Tencent has given good competition to Alibaba in a number of segments. It has backed JD (NASDAQ:JD) and Pinduoduo (NASDAQ:PDD), which are major rivals of Alibaba’s e-commerce business. Tencent has also taken a lead in video and music segment by leveraging its presence in the social media ecosystem of China. But Tencent is far behind Alibaba in the cloud business. Recent quarterly reports by both these giants show that Alibaba has a much higher growth rate compared to Tencent. This has allowed the company to increase its market share within China.

Alibaba has an advantage because it already partners with a wide range of merchants and businesses. Hence, Alibaba cloud is generally a better fit for these companies.

Tencent also reported marginal growth in the latest quarter from the previous quarter of 4Q2018. Alibaba cloud had cloud revenue of RMB 6.61 billion in the three months ending Dec. 31, 2018. This increased to RMB 7.7 billion in the last quarter, a growth rate of 16%. This divergence in growth rate should allow Alibaba to grab a greater cloud business in the domestic Chinese market, which will help the bullish sentiment of Alibaba stock.

The real test for Alibaba’s cloud business will be in international regions, where it does not have a home-team advantage. In these regions, Alibaba would need to compete with AWS, Microsoft (NASDAQ:MSFT), Alphabet (NASDAQ:GOOG, NASDAQ:GOOGL) and others on equal footing. In the past few quarters, Alibaba has been focusing on Southeast Asia and South Asia regions. It has already made big investments in these regions in different business segments, including e-commerce, delivery, digital payments, etc.

Alibaba owns Lazada and Tokopedia, which operate in Southeast Asia. These two companies are also moving into other services within this region. At the same time, Alibaba has made investments to build local data center capabilities. It has two data centers in Indonesia and Malaysia.

Alibaba has a significant stake in a large number of Indian startups, including Paytm, Big Basket, Zomato and others. Softbank, which has a sizable stake in Alibaba, has invested in a wide range of startups in South Asia and Southeast Asia. Alibaba cloud can likely gain new clients due to these investments.

The  Gartner report has mentioned that Alibaba is increasing its market share in the Asia Pacific region. 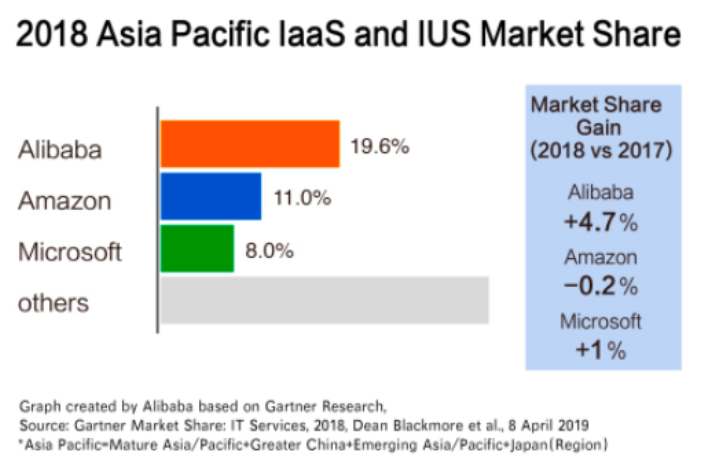 The margins in Alibaba’s cloud segment are still very low. But there is a lot of scope of improvement. In the latest quarter, the company reported 6 percentage point improvement.

In the year-ago quarter, the cloud segment had adjusted EBITA margin of negative 8% while in the latest quarter the EBITA margin was negative 2%.

Amazon’s (NASDAQ:AMZN) AWS has shown a steady improvement in margins over the past few quarters. In the latest quarter, the trailing-12-month operating margin of AWS was 29.1%. We could see a similar trend in the cloud business of Alibaba. Growth in Alibaba’s cloud segment should help the company achieve economies of scale and improve its margins.

The current revenue share of the cloud computing segment is 8%, up from 7% in the year-ago quarter. Increase in revenue share and margins of the cloud segment is a big positive for Alibaba stock. Alibaba’s market cap is currently at $400 billion. Last year, Wells Fargo’s Ken Sena estimated a stand-alone valuation of Alibaba cloud at $80 billion.

We should see a much better valuation level for Alibaba cloud in the next few quarters as it moves closer to the $10 billion revenue rate and improves its margins.

Investors should closely watch the future revenue growth and margin trajectory of Alibaba cloud. At the current growth rate, this segment should be able to deliver $10 billion revenue rate by end of calendar year 2020. The future market share of Alibaba cloud in South Asia and Southeast Asia is very important as these regions are neutral for Amazon, Microsoft, Google and Alibaba. If Alibaba grabs a decent cloud market share in these regions, it would be in a good position to replicate its success in other regions, especially Europe.

As of this writing, Rohit Chhatwal did not hold a position in any of the aforementioned securities.

Phase 3 PRIMA trial of Zejula (niraparib) is the first study to show a PARP inhibitor significantly improves PFS, regardless of biomarker status, when given as monotherapy in women with first-line platinum responsive advanced ovarian cancer