BAC Stock:Bank of America is Buying Back Stock. Should You Join In?

Bank of America (NYSE:BAC) stock has performed well year-to-date, with the BAC stock price zooming more than 19% to the $30 price level. But since peaking just shy of $31 in early May, the big bank’s stock price has been fairly stagnant, trading between $27.50 and $30 share. 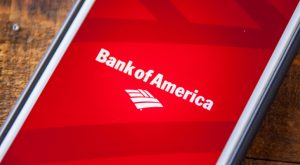 BAC has come a long way from the dark days of the Great Recession. With strong return on assets, and an improving efficiency ratio, Bank of America (on paper) seems worthy of consideration.

But what’s next for Bank of America? Is it a buy, or should investors take caution? Read on to see what positive and negative catalysts are in the cards for BAC stock:

Since passing the Federal Reserve’s stress test, the door has opened for BAC to return more capital to shareholders. Bank of America will return $37 billion via dividends and share buybacks.

Breaking it down further, some $900 million of this total will go to buybacks that offset share-based compensation. The remaining $30 billion represents about 10.7% of the company’s outstanding stock. Reducing outstanding shares would increase earnings per share by the same percentage amount.

With these buybacks, investors should assume some appreciation in the BAC stock price. But is it possible that the Bank of America stock price has reached a peak? There are many risks on the horizon that could hit earnings.

A leading risk for the BAC stock price is the Fed cutting interest rates. While a strong jobs report last week led investors to believe the Fed may delay their anticipated aggressive rate cuts, central bank policy may change if economic growth lags in the second half of 2019.

Aggressive rate cuts would damage BofA’s earnings. Bank of America’s own market analysts said that a 75-basis-point rate cut could have a ~10% effect on the big bank’s earnings.

A fall in BAC’s earnings would leave minimal EPS growth even after an accretive buyback. Investors may receive a return of capital, but could fail to see a return on capital in the next year.

There are additional risks that could affect the BAC stock price. As InvestorPlace contributor Vince Martin pointed out in May that with increased likelihood of a Democrat-controlled White House in 2020, banking regulation could increase. Martin also discussed how the U.S.-China trade war could impact U.S. economic growth, which would reduce BofA’s profitability.

An investment in BAC — or any other big bank, for that matter — is an indirect bet on the U.S. economy. With a recession forecast within the next two years, now may not be the best time to enter a position in Bank of America stock.

How Does BAC Stock Compare to Other Big Banks?

Bank of America stock trades slightly over book value, at 1.14x, or a 14% premium. This is middle of the range for the the big banks. Citigroup trades at a discount — 93% of book — while Wells Fargo and JPMorgan Chase trade at a 22% and 58% premium, respectively.

Compared to those peers, Bank of America appears fairly valued. Add in the fact that BAC’s big bank competitors pay a higher dividend yield — 3.71% for WFC, 2.61% for JPM, 2.56% for C vs. 2.05% for BAC — and investors may not be so keen on stretching BAC’s valuation further.

Is Bank of America Stock Worth Buying?

To recap, Bank of America stock trades around the same valuation of its big bank peers. Like its competitors, the company has passed the Fed’s latest stress test, receiving the green light to return capital via buybacks and dividend increases.

The Washington-Beijing trade war could accelerate the anticipated recession. If the Republicans lose control of both the White House and the Senate, talk about renewed banking regulation could turn into real-life policy. And the Fed’s projected plans to lower rates would also likely reduce earnings. Any of these three could hurt BAC stock.

With these factors in mind, Bank of America stock is a hold. While the big bank stocks continue to trade at low earnings multiples, investors should be cautious of the macro risks facing BAC shares.