Last week wasn’t the busiest for completed M&A deals in the cannabis industry, but some notable transactions were concluded – including one involving a well-established multistate operator (MSO) and another a relatively new but fast-emerging player on the scene. (See details below.)

There were only five completed M&A deals last week, bringing the total so far this year to 211. That compares with a total of 166 in a similar period in 2018.

The data below, provided by Viridian Capital Advisors, is through the week ended July 12.

For more analysis and in-depth looks at the investment trends and deals driving the cannabis industry forward, sign up for our new premium subscription service, Investor Intelligence. 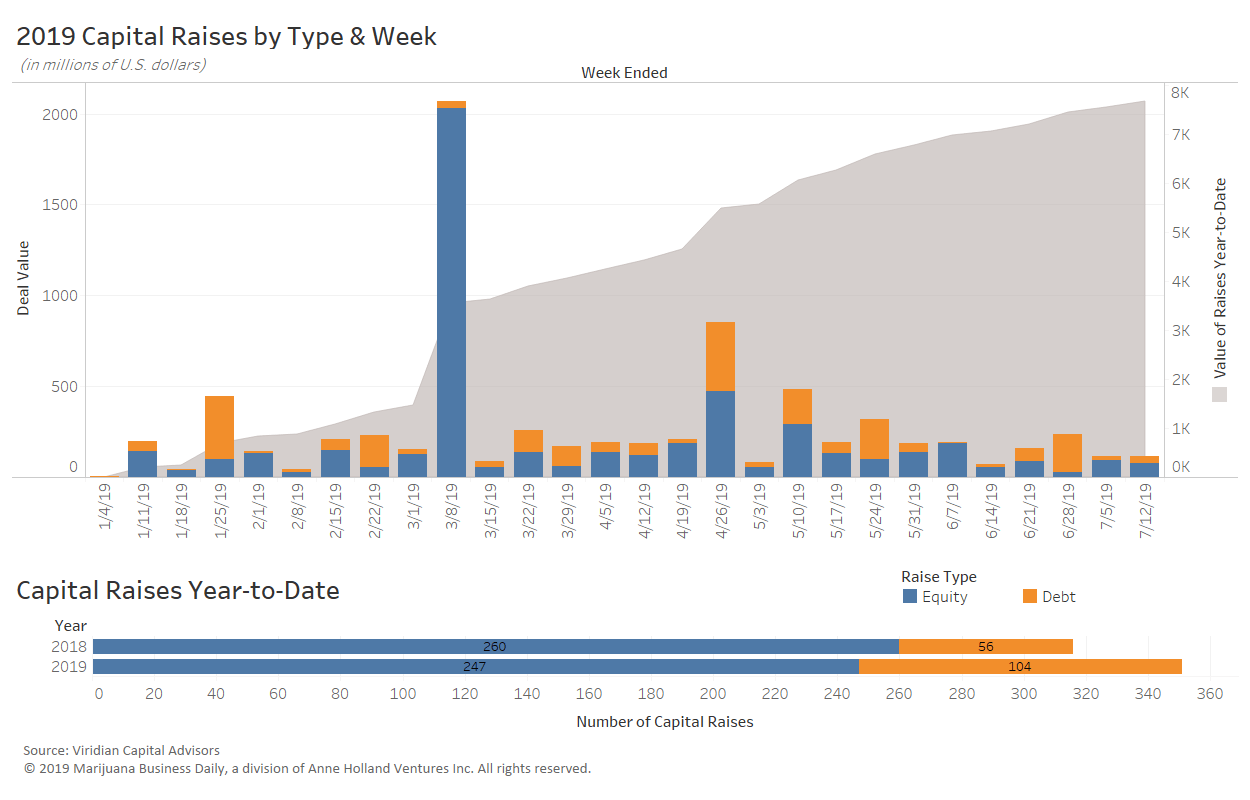 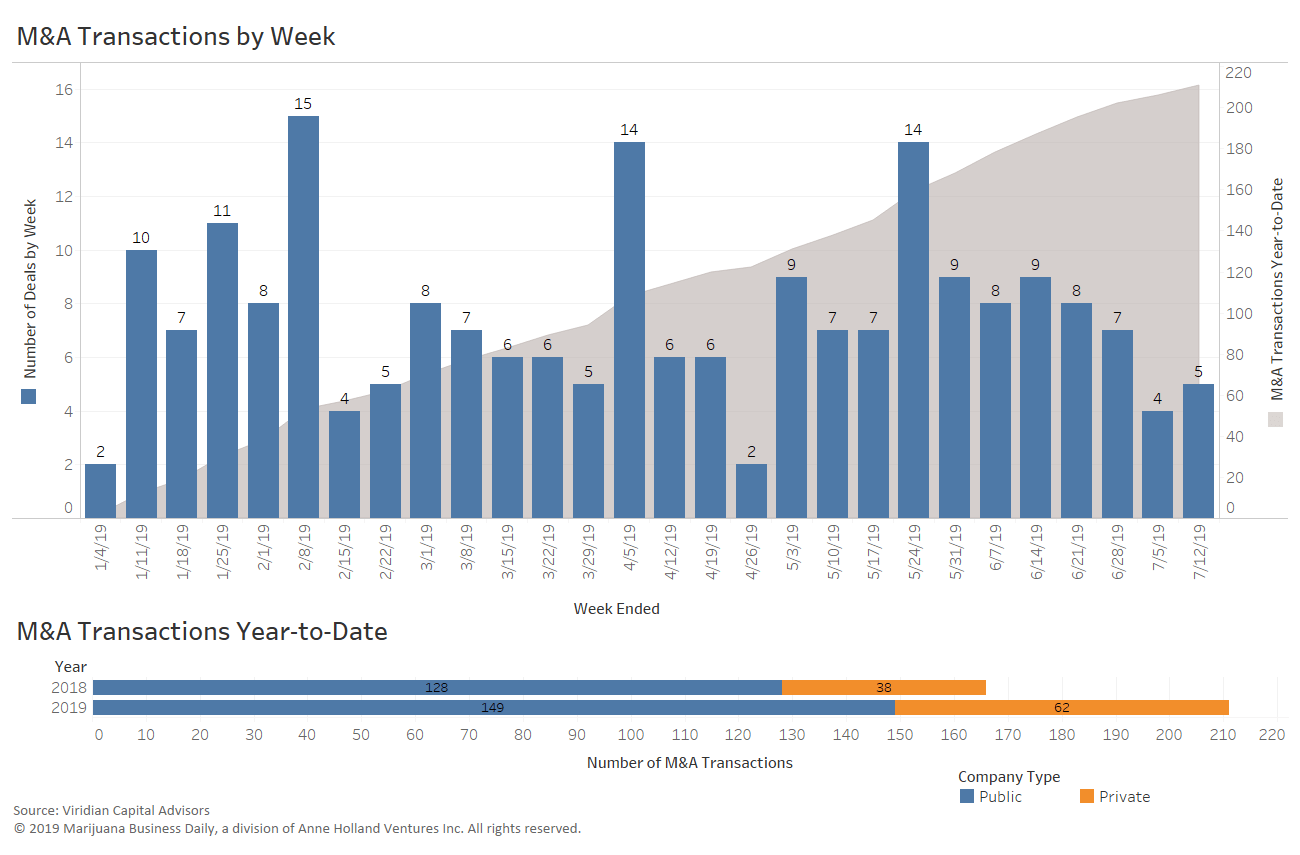