Every dip in Boeing (NYSE:BA) stock is a buying opportunity, or so was the adage. But this idea died last year, as Boeing stock hasn’t fully recovered from the aftermath of its 737 Max woes. 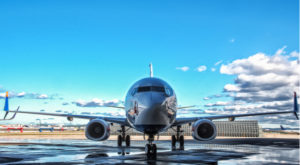 First, our thoughts are with the families who suffered from the crashes. Today’s write up is to evaluate the business end of BA … human life is priceless.

Before 2018, the Boeing stock price was untouchable as it rose with almost no letup. Investors bought every dip. But last year’s sad events proved too strong and the stock is still struggling from them.

So has the shine worn off the Boeing star? No. Year-to-date, BA stock is still up 10%. Moreover, it’s up 80% in two years. This is four times more than the S&P 500 and the Dow Jones Industrial Average. Clearly this is still a super star stock.

While Wall Street is still upset with management, this tizzy will pass. Granted, this time it’s taking longer than normal but eventually they will figure it out and BA will get back on track.

The 737 Max will fly again and the investment community will trust the plane and the stock once more.  Boeing has too long a history for it to all hinge on one model. Unless there is still a hidden shoe to drop, the worst of this problem for Boeing is behind it.

Given the international nature of this catastrophe, the company will have to jump through more hoops than usual. The scrutiny from the international community supersedes that of the FAA. So it’s almost as if we need to certify the plane based on the FAA and abroad rules.

Yes, this will take time, but it’s only a matter of time. The end result is not in question. So if you own the stock, don’t sell it if you still haven’t done so yet. If I were looking to start a long-term position in Boeing, this is as good a time to start one.

The only risk on it from here is one from the geopolitical unrest. The politicians are playing the war of words. Companies like Boeing, Apple (NASDAQ:AAPL) and a few other high-profile companies could be pawns in a political game.

But probably the best thing that BA has going for it is its duopoly. It only has one competitor, and also they are both at full capacity and barely meeting their delivery obligations with a decade lag. So it just doesn’t make sense to kill the company. So as mad as the international community may be, it’s against their best interest to debilitate Boeing.

Again, the events that brought upon this problem in the stock market for Boeing stock are very sad and are outside of the scope of this write-up. But this is a proven company with a proven management team that has decades of impeccable safety records.

The experts on Wall Street agree since most still rate BA a buy and it’s still trading almost 20% below their average price targets. Shorter term, there are lines to know for those who like to trade Boeing rather than invest in it. It is possible to trade in and out of it based on chart patterns.

Above $360 per share, BA could trigger a $20 per share buy opportunity where it would find significant resistance. But that too will be the next launching point that would create an opportunity to retest the $400 level.

Usually, I’d say that the goal is to fill the March gap to $416 per share, but I think it’s a psychological level, especially after failing to break it in April. It is more important that the buyers remain in control. The buy-the-dip gang need to come back into the Boeing stock so it can go back to its glory days.

Andy Williams to Lead Medicine Man Technologies as its CEO