Both NIO Stock and the EV Market Have Credibility Problems

Stakeholders of Nio (NYSE:NIO) are not having a good time this year. Since the start of January, Nio stock price dipped into crisis territory at a few ticks above $2.50. Mathematically, we’re talking about a more than 58% loss at this year’s halfway marker. 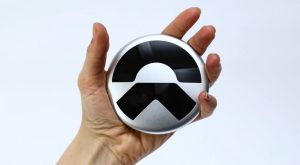 The situation could get worse for Nio because the electric-vehicle maker’s flagship SUV, the ES8, has a serious defect: its catching on fire. Specifically, NIO claims that these explosive incidents are battery-related. For the past few months, multiple reports surfaced. One ES8 began emitting smoke, while another burst into flames.

As a precaution, the automaker issued a recall affecting 4,800 units of the ES8. On a side note, I think we should give credit to NIO here. Many car companies, including General Motors (NYSE:GM) and Toyota (NYSE:TM) have lagged in their response to their respective product defects.

Will this overture to consumer safety help lift the Nio stock price from the doldrums? I have my doubts.

EVs Are Supposed to Be More Reliable

A big reason why I’m skeptical about a straightforward recovery for NIO stock is credibility. Simply put, “regular” cars with internal combustion engines (ICE) have it, and EVs aren’t quite there yet.

Of course, it’s an unfair comparison. ICE have been around practically forever. On the other hand, EVs have started to work their way into mainstream acceptance. Undoubtedly, the platform represents the fastest-growing automotive segment. Nevertheless, doubters remain.

Because as much hype as EVs often receive, integration into the ICE-dominated world is a factually daunting task. When you count all the sales figures, EVs in the U.S. represent a very small market. Therefore, this clean-energy platform must consistently make convincing steps forward.

What just happened with NIO and Tesla (NASDAQ:TSLA), which also incurred a battery-smoking incident, are huge steps backward.

And in theory, EVs are supposed to be more reliable than their traditional fossil-fueled counterparts. The latter has thousands of moving parts, while EVs have only about 20. You don’t have to be an automotive engineer to deduct the obvious: fewer moving parts, less chance of things going wrong.

Yet here we are. Adding to concerns about the Chinese automaker and Tesla, German luxury brand Audi — owned by Volkswagen (OTCMKTS:VLKAF) — will recall 540 units of its first battery-powered SUV. Although drivers have reported no fires, Audi is taking a proactive approach due to potential fire risks.

This really takes the shine off Nio stock. Yes, the battery-related fires aren’t limited to the Chinese automaker, but that doesn’t help their cause. EVs have a big disadvantage to ICE cars in that they must evangelize their specific products and the platform.

Right now, every EV venture is selling a rough message.

Prior to Tesla CEO Elon Musk’s many controversies, I was a huge fan of him and his organization. I still respect Musk’s innovative mind. However, he really started to lose the plot with various unforced errors.

Looking back on it, you can argue that arrogance undid Tesla. Musk thought he was above the law, and that audacity caught up to him.

It’s this same arrogance that underlines the EV market. For example, Forbes’ contributor Tom Raftery envisions a future where ICE drivers will be regarded as the automotive equivalent of smokers. College professors and rabbis stress the moral principles of EV driving as well.

While I respect their position, I think it’s a tad too aggressive to invoke a superiority complex onto EVs. This platform, as the red ink in the NIO stock price demonstrates, has much to prove.

Primarily, EV companies’ shared idealism is running face-to-face with reality. As Quartz contributor Echo Huang argued, the push for additional range may have exacerbated recent battery fires. If so, that really puts a damper on NIO stock because improved range represents a big selling point for today’s EVs.

It also means that EVs are consumer products available to the affluent. I don’t think it’s any coincidence that cheaper EVs, such as the Fiat 500e and the Hyundai IONIQ Electric, typically have shorter range than the expensive Tesla Model S P100DL.

To bridge this gap, manufacturers are competing vigorously to improve battery capacity. But this competitive surge is apparently putting drivers’ lives and property at risk. How is that a moral argument favoring NIO stock and the EV industry?

The best EV automakers have their work cut out for them. I believe that’s one of the reasons why established names haven’t invested quite as much into EVs until recently.

But for an upstart like Nio, I’m not liking what I’m seeing. To effectively address the growing challenges in this industry requires capital expenditures. A quick look at the company’s financials tells you all you need to know. They’re just not in a position to respond.

Admittedly, the NIO stock price now is very attractive and it’s not unreasonable to expect a dead-cat bounce from these levels. However, I’d caution anyone considering this move to only view it as a short-term gamble. This is a distressed name on so many levels.

What is a Robo Advisor & Is It The Right Choice for You?

Which is Best For You?