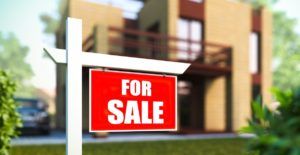 As the marijuana industry matures and companies expand, many smaller, original growers and retailers are putting their licenses up for sale through the secondary market – much like selling a house.

The growing trend is giving cannabis entrepreneurs a new avenue to secure a valuable business permit versus going through the state application process, which can prove costly and time-consuming. Moreover, there’s no guarantee an applicant will secure a license.

“The average group will spend $300,000 to $1.5 million pursuing the license and not get it,” said Avis Bulbulyan, CEO of Siva Enterprises, a Glendale, California-based cannabis business development and solutions firm.

“On the secondary market, they will overpay but know they’re going to get the license. Then you can go raise your capital and you can take on $40 million and know you’re investing in a sure thing because it’s an issued license.”

The secondary market sales come with an added twist.

In some cases, the sale involves just the paper license. But, more often, the license is tied to a building or parcel of land.

“The real estate component has become a major factor in the license application,” said Jade Green, CEO of Seattle-based CannaMLS, an online marketplace for buying and selling marijuana licenses, businesses and real estate.

“States want to have properly zoned facilities before they award licenses.”

On a buying spree

Multistate operator iAnthus Capital Holdings has acquired licenses through the acquisition of companies in several states, including Maryland, Nevada, New York and Massachusetts.

The company also has several cultivation licenses in Arizona that are not attached to real estate. The firm could sell the licenses, develop the company itself or partner with another enterprise, which would allow it to build the business.

“We just had a meeting to begin the planning process as to what we might do as the state moves toward full rec,” Ford said, referring to the possibility of adult-use legalization.

When scouting potential licenses, iAnthus’ due diligence process includes reviewing its target’s books and records, ensuring all permits are in good standing, meeting the team and visiting the cultivation and processing facilities. It’s a process that take about two months, Ford said.

“There’s a lot of hair on a lot of deals and emails that seem to surface,” he said. “There’s typically more of that type of stuff than in other industries.”

Zeta Ceti, CEO of Oakland, California-based Green Rush Consulting, said licenses paired with both real estate and operation infrastructure – such as an experienced team, capital and operating equipment – are the most attractive to buyers on the secondary market.

But, like Ford, he said it’s important a company does its homework before completing a deal.

“I would caution people interested in purchasing to do a lot of due diligence,” Ceti said. “Listing services don’t do due diligence.

“Do background checks and understand the risk of the market landscape you’re getting into. It’s highly competitive, and there are a lot of regulatory landmines you can run into.”

A number of variables determine the value of cannabis licenses, including competition, zoning and buffers, CannaMLS’ Green said.

The less competition there is in a market, the more valuable a license is.

Just a paper license without assets or operations can sell for upwards of $45 million in Florida, which issued only 22 cannabis licenses for the entire state.

A paper license with no assets or operations sold for $11 million in Madison Heights, Michigan, which awarded just two retail licenses for the entire municipality.

Many cities limit the location of cannabis operations to specific zones.

In Chicago, for example, Mayor Lori Lightfoot wants to prohibit the sale of legal adult-use cannabis in much of downtown. Outside the central business district, Chicago would be divided into seven zones.

“It’s going to be a competitive process because of limited real estate,” Green said.

Some jurisdictions also implement dispensary-to-dispensary buffer zones where the number of retail outlets are limited. The larger the zone, the more valuable the license will be.

Green also noted there has been a massive increase in mergers and acquisitions activity the past two years as many larger cannabis companies have gained greater access to the capital markets.

The majority of CannaMLS’ listings are cannabis licenses and existing businesses, she said.

Colorado an exception – until now

But one place that hasn’t happened is in Colorado, which until now has prohibited publicly traded cannabis companies from entering the market.

That will change Nov. 1 under a new state law that allows public companies to acquire licensed businesses.

As a result, Denver-based Medicine Man Technologies is spending millions of dollars to purchase several Colorado companies though the secondary market, including:

“We’ve formed a group of Davids to compete against these Goliaths,” Medicine Man Technologies CEO Andy Williams said, referring to companies making similar purchases in states where such deals have been allowed.

Williams said he expects the mergers to be completed next year between March and Jun and that the next step will be to look for out-of-state opportunities.

“There could be opportunities to apply for licenses, and we’re really good at applying for licenses,” he said, adding that Medicine Man Technologies will be strategically positioned to acquire companies licensed in other states.