Caesars Entertainment news for Friday includes talk about the company potentially combining with one of its rivals. 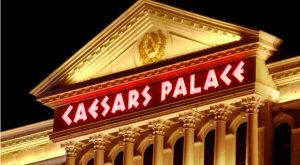 The news claims that Caesars Entertainment (NASDAQ:CZR) is interested in merging with Eldorado Resorts (NASDAQ:ERI). According to anonymous sources, this deal may be announced later this month. However, this will only be true if the two companies don’t change their minds until then.

According to the reports about the Caesars Entertainment news, it and Eldorado Resorts are mulling about the idea of a cash-and-stock merger. It’s unknown exactly how much ELI will be willing to pay for CZR stock, reports MarketWatch.

What we do know is that rumors claim Caesars Entertainment also already rejected one offer made by Eldorado Resorts. This rumor says that the company was offering $10.50 per share for CZR stock. This is only a 15% premium over the stock’s closing price on Thursday.

“They want to do something if it is at the right price,” an anonymous source that is close to the matter told New York Post. “If Eldorado raises their price, something will happen.”

If the Caesars Entertainment news is true and a potential deal is in the works, it could mean major changes at the top of the company. Sources are claiming that Eldorado Resorts plans to have it management team lead the combined company if a deal goes through.

10 Smart Dividend Stocks for the Rest of the Year