It was the second-largest week so far this year in terms of amounts raised in the North American cannabis industry as more investors look for ways to access the burgeoning market.

Boosted by a $575 million raise on the NEO exchange in Canada (see below), the total amount raised last week was $862.8 million. Equity raises accounted for the largest portion with $853.4 million raised.

The total amount of money raised in the cannabis sector year-to-date is $8.5 billion, nearly double the $4.7 billion for the same period last year.

The data below, provided by Viridian Capital Advisors, is through the week ended July 19.

For more analysis and in-depth looks at the investment trends and deals driving the cannabis industry forward, sign up for our premium subscription service, Investor Intelligence. 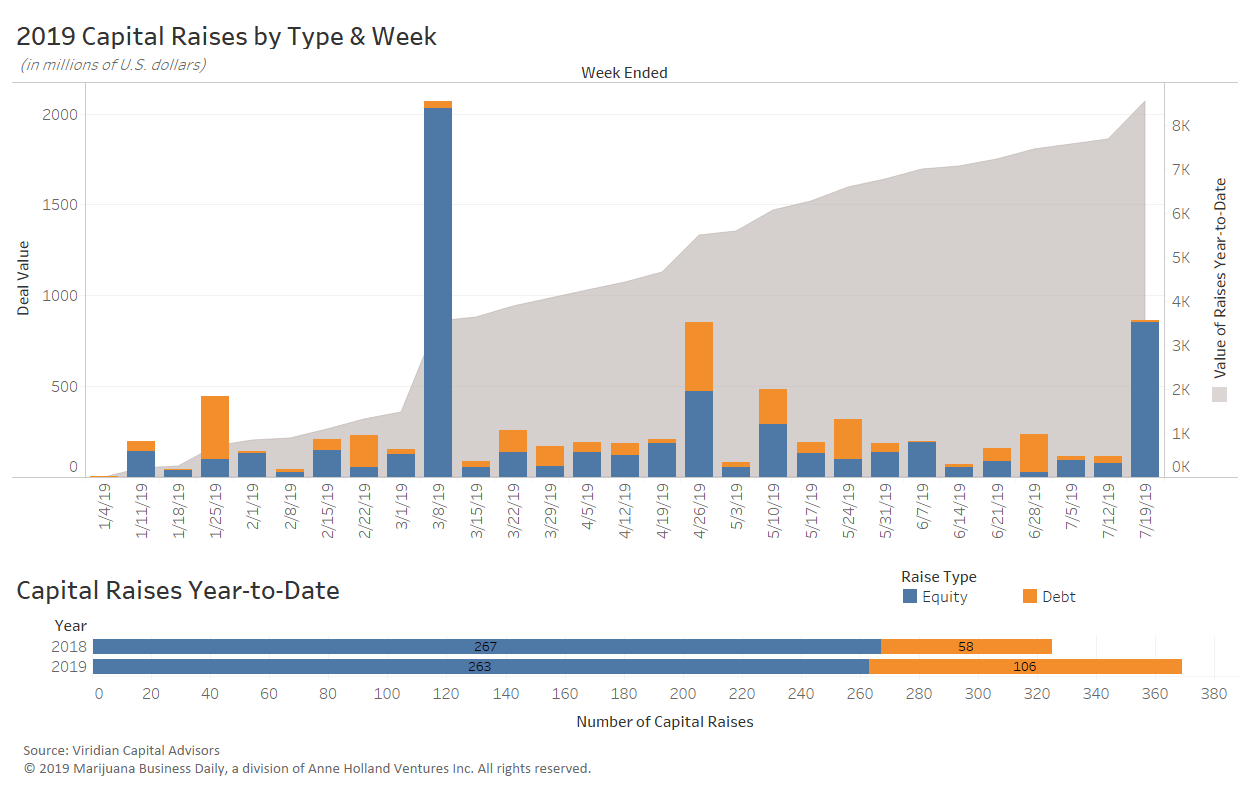 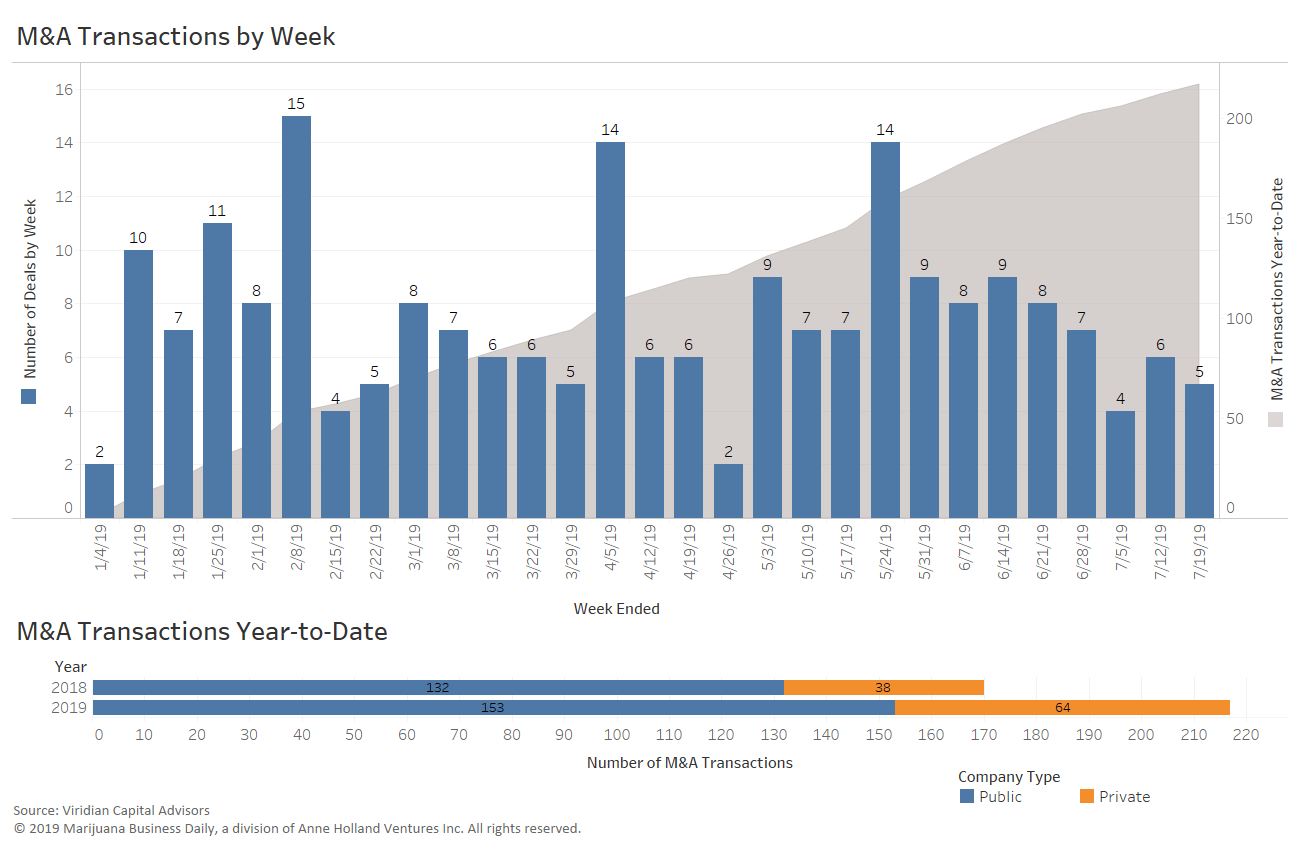 Walmart Stock Is a Buy … If It Meets These Requirements