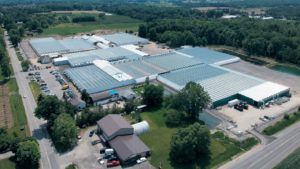 (This story has been updated with commentary from lawyer Matt Maurer.)

It is the second cannabis company to have a federal license suspended in recent weeks.

“The notice states that Health Canada has suspended CannTrust’s authority to produce cannabis, other than cultivating and harvesting, and to sell cannabis,” according to a statement by the company.

The Ontario company says it will be allowed to cultivate and harvest existing batches previously propagated while the suspension remains in effect.

It also is still permitted to conduct ancillary activities, including drying, trimming and milling.

The company’s shares trade on the New York Stock Exchange under the ticker symbol CTST.

Since a whistleblower alerted Health Canada in July to unlicensed cultivation at the company’s cultivation facility in Pelham, Ontario, CannTrust has been in a tailspin.

In the weeks following, the company halted all adult-use and medical sales, fired its senior leadership and is facing an investigation by police and securities regulators.

‘Doesn’t matter how big you are’

“Certainly it’s the most significant case of a license being suspended thus far,” he said.

CannTrust’s suspension comes on the heels of a suspension handed down to British Columbia-based Evergreen Medicinal Supply on Aug. 9 over noncompliance with federal law and regulations.

“It signals that none of the licensees are above potentially running into problems. It doesn’t matter how big you are, or how well run you appear to be,” Maurer said.

CannTrust had been considered an industry leader in regulatory compliance.

“This was a company that from the outside looked like it was very well run, massive company that had really good things going for it. And then all these things sort of came out of left field, which ultimately resulted in their license getting suspended.”

Health Canada could reinstate CannTrust’s licences if the reasons for the suspension no longer exist or if the firm demonstrates that the suspension was unfounded, according to the company.

This story will be updated as more information becomes available.

Tyson to Help Meet Growing Demand for U.S. Pork by Prohibiting Ractopamine Use