Canopy Growth Corp (NYSE:CGC) closed down 2.29% on Thursday, with CGC stock at $41.86 — nearly one dollar lower than its Monday open after spiking over $44 on Tuesday. What caused the latest slide in CGC stock price? Besides the usual cannabis industry volatility (more on that shortly), the world’s largest cannabis company announced on Thursday that it will release its Q4 results on June 20. And that comes just two days after the company’s CFO gave an interview where he said his company will continue to lose money “for the foreseeable future.” 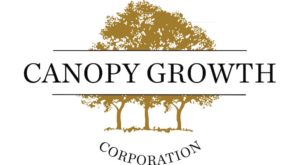 Why the Latest Slide in CGC Stock Price?

In its Q3 earnings, Canopy Growth reported a surprise net income of $74.8 million CAD, however the company also posted an operating loss of over $157 million. It turned that loss into a positive only because of a change in the fair value of assets and liabilities — which added over $233 million to its bottom line for the quarter. Naturally, CGC stock got a nice boost based on those results.

In Q4, the company is expected to once again show an operating loss, but it won’t have a repeat of last quarter’s accounting boost. On the contrary, Canopy Growth’s CFO told Bloomberg that CGC will likely be generating negative income “for the foreseeable future.” The question there is whether the operating loss is shrinking — showing a move toward eventual profitability — or growing.

Revenue is also something investors are nervous about. The Canadian recreational cannabis market has not taken off as quickly as expected. Marijuana sales dropped early in the year as the legalization excitement wore off, and unsold inventory built up. And just last week, Canopy Growth’s Tweed cannabis retail operation was forced to lay off 12% of staff in the province of Manitoba in what it described as “growing pains.”

The dip in CGC stock reflects uncertainty about what is going to be seen in those Q4 (and full-year fiscal 2019) financial reports.

Investors in CGC stock may be happy to see this week come to a close, however other cannabis stocks have also had a bumpy ride. In particular, Cronos Group Inc (NASDAQ:CRON) dropped 4.33% on Thursday, while Aurora Cannabis Inc (NYSE:ACB) repeated its pattern of last week, starting off up and then losing ground through the week (it dropped another 2.26% on Thursday).

While this week has been up and down for CGC stock price, it reflects a 12-month period that’s been a veritable roller coaster ride: below $25 last August to nearly $57 by October, dropping to the $27 range in December, back over $50 in January, topping $52 in April, and now just under $42.

The overall theme is that the cannabis industry is still a relatively new one with recreational marijuana in particular in the early stages of growth.

That means cannabis companies are still dealing with large expenditures as they open new production facilities. Retail outlets and supporting supply chain operations are still ramping up in most markets, and actual consumer demand for the product can be tough to judge accurately. Regulations can vary wildly in the different markets cannabis companies operate in, adding a high level of complexity to their business.

In addition, many recreational marijuana producers are still perfecting methods for growing, harvesting, packaging and distribution.

And then there’s the hype surrounding the cannabis industry. It’s not just the prospect of legalization in another state or even at the federal level that get’s investors excited and buying up Canopy Growth stock. Headlines about cannabis products like CBD and its potential health benefits can cause big spikes in cannabis stocks as investors stampede to get in early.

All of these factors mean costs and revenue can vary significantly from quarter to quarter. And until the industry matures, CGC stock and other cannabis stocks are best for patient investors who are willing to wait and ride out the rocky weeks and wild swings.