Chipotle (NYSE:CMG) reported its latest quarterly earnings figures late today, amassing a profit and sales that were stronger than what Wall Street called for in its consensus guidance, lifting CMG stock more than 3% after hours. 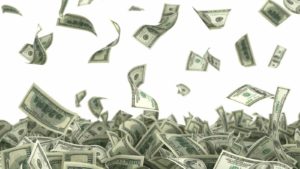 The burrito chain posted a second-quarter profit of $91 million, roughly $3.22 per share, nearly doubling the year-ago net income total of $46.9 million, or $1.68 per share. On an adjusted basis, the business brought in a profit of $3.99 per share, surpassing the $3.76 per share that Wall Street called for, according to a survey conducted by Refinitiv.

Chipotle added that its sales for the period tallied up to $1.43 billion, better than the $1.41 billion that analysts predicted, according to data compiled by analysts polled by Refinitiv. This also marked a surge when compared to the year-ago period as net sales increased 13.2% over that span.

The business also revealed that its same-store sales grew about 10% during the period, better than the 8.33% that Wall Street predicted. “We’re pleased with our financial performance, which marks the sixth consecutive quarter of accelerating comps and reflects continued progress on our key strategic initiatives,” Chipotle CEO Brian Niccol said in a statement.

Digital sales were up 99.1% year-over-year, amounting to about 18.2% of sales for the period. The company opened about 20 new locations during the period and closed one, bringing its total restaurant count to 2,523 stores.

CMG stock is up 3.6% after hours on Tuesday. Shares had been gaining 0.4% during regular trading hours.