Shares of Costco Wholesale (NASDAQ:COST) are under pressure after the company reported fiscal third-quarter results. Costco stock is down marginally — just 2%, despite many investors worrying about a host of issues. Will retail sales start to come under pressure, broadly speaking? How will Costco handle the trade war and constant increase in tariffs? 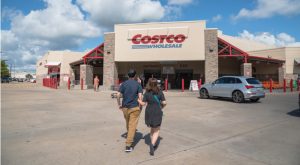 That said, Costco did beat earnings expectations with $1.89 per share in profits. That came in six cents ahead of estimates, while revenue of ~$34.7 billion also topped analysts’ expectations. E-commerce sales flew higher by almost 20% and same-store sales jumped 5.6%, with the latter again beating estimates.

Given the move we’re seeing in the stock market — with the S&P 500 down about 1% — after President Trump tweeted about hitting Mexico with monthly tariff increases, it’s surprising COST stock is only off ~1.7%. Of course, those losses could be exacerbated throughout the session, but will these tariffs impact Costco even more?

The company is already being impacted by the tariffs that the White House is levying against China. Obviously, Costco is far from alone. I’ve listened to quite a few conference calls over the past week from retail. The trade war and/or tariffs are something we’re hearing from a lot of companies.

PVH Corp (NYSE:PVH) said tariffs are hurting the consumer. Home Depot (NYSE:HD) warned investors that it’s “working through” the recent tariffs and hasn’t included their impact in the guidance. Luckily, Dollar General (NYSE:DG) moved most of its supply chain away from China, helping it to sidestep much of the current tariffs. Shares were rewarded with a 7% post-earnings rally as a result.

Perhaps that will be the blueprint for Costco and other retailers. Costco said it will look to source its products from other countries when it can. When it can’t, price hikes are on the table.

The situation is “pretty fluid,” CFO Richard Galanti said on the conference call. Costco is getting its products shipped sooner in the hopes of missing the latest round of tariff increases. But that’s only a short-term answer, not a long-term solution. Realistically, the company can only shift its sourcing so much without causing too much of a disruption. “At the end of the day, prices will go up on things,” Galanti said.

Of course, the move against Mexico was not accounted for by Costco management. At least when it came the recent report. One might assume Costco gets more product from China than it does from Mexico, but either way, the move is creating a multi-headed issue that management will have to combat. Shifting supply chains from Mexico may be just as hard, if not harder, and that may mean more price hikes. That may not be good for revenue. 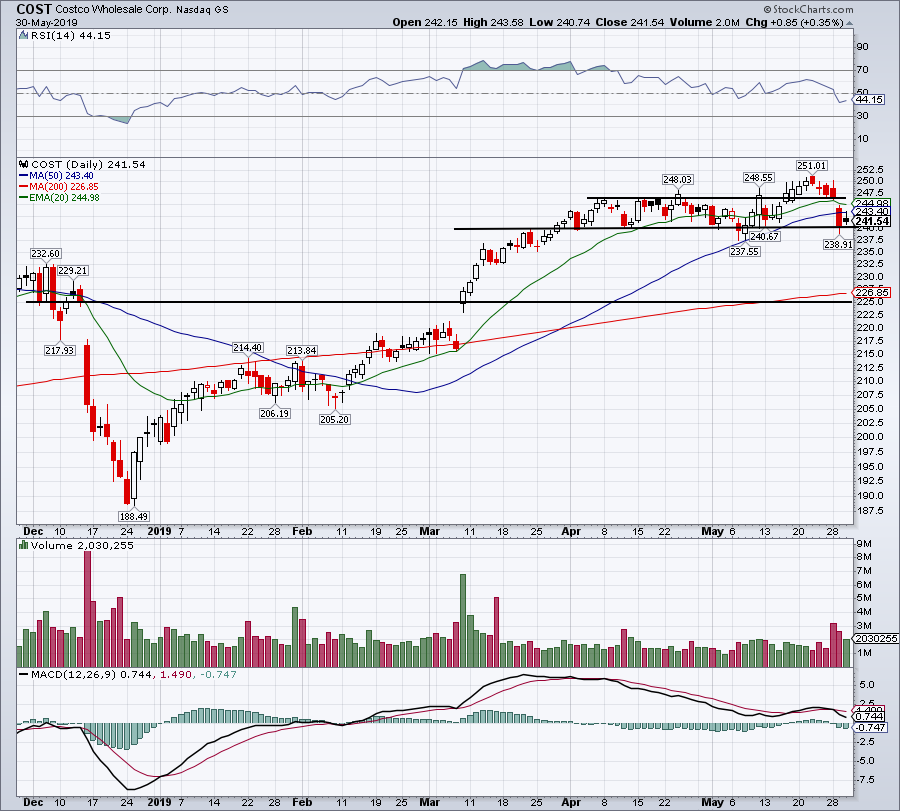 So far, Costco stock price is holding up pretty well to earnings and amid the broader market selloff. But there’s a worry that the tariffs could start hurting COST stock going forward. Earlier this month, I outlined a few “pullback levels” that Costco stock would look interesting at. Some investors balked, saying COST is a blue-chip retailer that deserves a premium. I love Costco and don’t disagree. But that doesn’t mean we can’t wait (and hope) for lower prices.

Ahead of earnings, the stock lost its 50-day moving average and couldn’t reclaim it. Short of a Friday reversal and rally, Costco stock could very well end May at its monthly lows. If it does, it increases the odds of lower prices. Particularly if the stock market selloff accelerates.

So that’s what I’m looking for: A drop down to the ~$225 level to be a good buying opportunity. I still believe a great buying opportunity is in the $200 to $205 level, where Costco stock has long-term uptrend support (again highlighted in my prior link) as well as the 100-week moving average.