Cronos Stock Is Interesting… but Patience Is Required

Cronos Group (NASDAQ:CRON) has certainly lost its buzz. The company was the hottest name in marijuana just six months ago. After announcing its huge deal with Altria (NYSE:MO), the sky was the limit. CRON stock launched from $10 at the start of the year to as high as $25. 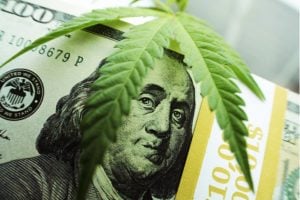 But the euphoria has waned. Shares skidded back to $15 earlier this year and have traded sideways for the past two months.

It seems that a lot of folks are giving up on CRON stock. With more dealmaking and exciting happenings going on in other pot stocks, it would appear that people are selling out of their Cronos in order to put money elsewhere. But is that the right reaction? I’d argue that while Cronos has had a bit of a quiet period lately, it’s still one of the stronger picks for longer-term investors in the space.

InvestorPlace contributor Vince Martin summarized CRON stock’s problem well in his recent article. Martin explained that Cronos Group stock “lacks a compelling narrative.” He shows that, in a complex and fast-changing market like marijuana, companies need to specialize — have some claim to fame — in order to maintain investor interest. He wrote: “A stock needs a succinct bull case, an elevator pitch so to speak. And most of the well-covered cannabis plays have that type of case.”

I agree fully with the premise. CRON stock is clearly losing some of its luster as investors shift to other marijuana plays that have more going on right now. As Martin notes, Cronos isn’t particularly strong in any one segment of the market. Its production capacity isn’t even in the top 10 in Canada. Its overseas brands aren’t that strong. The company has all that Altria money, but it’s not clear how it’s going to put it to work yet. There is some guidance toward its long-term plans, but there’s not a lot of specifics in the near-term for investors to get excited about.

Earlier in May, Cronos group announced a major partnership with MediPharm (OTCMKTS:MEDIF). Cronos will buy C$30 million in marijuana from MediPharm and pay the company an additional sum of money to handle some of the product processing as well.

While this is clearly great news for MediPharm, the takeaway for Cronos is more nuanced. On the one hand, Cronos clearly isn’t rushing the buildout of its own capacity; in theory, Cronos could have handled this production capacity on its own by constructing the Peace Naturals building Unit No. 4 faster.

Instead, it seems that post-Altria deal, Cronos is more focused on its longer-term goals rather than boosting production rapidly today. Perhaps, like Tilray (NASDAQ:TLRY), Cronos has realized that simple marijuana production is never going to be an especially profitable venture. It’s important to note that Altria makes its money off its brands and intellectual property rather than actually growing tobacco. Over time, profits in the marijuana industry will similarly shift from the farmers to the brand and technology owners.

It’s hard to say what exactly Cronos is aiming for, since it hasn’t laid out a clear road map for investors. But it’s not hard to imagine a future where Cronos leads the world in marijuana vaping. Vaping is clearly a top priority for Altria given its actions with Juul. Cronos stock will be worth multiples of what it is today if Altria is able to make Cronos the Juul of the marijuana space.

CRON stock offers a classic test of investors’ patience. For long-term investors, there are plenty of good reasons to like CRON stock as opposed to its marijuana rivals. For one thing, the company has a ton of cash and a strong backer. It doesn’t need to move quickly. Taking time to deploy its capital in small doses, such as we see with the MediPharm Labs deal, gives it the opportunity to have a lot of shots on goal while the industry evolves.

But for people wanting a story that will play out in 2019, CRON stock doesn’t have a lot of offer. As Martin so correctly states, most of the leading pot stocks have a clear, easy-to-understand narrative, or thesis, driving their strategy. Cronos, by contrast, is doing some of this and some of that, knowing that its alliance with Altria gives it plenty of time to execute on its plans.

That may lead to CRON stock struggling in the short-term. But for longer-term holders, Cronos’ more deliberate strategy may pay off, as other competitors that move too fast, fail to adapt to the rapidly changing marijuana market conditions.

At the time of this writing, Ian Bezek owned MO stock. You can reach him on Twitter at @irbezek.