Crude Oil Prices Could Rally, But the Long-Term Outlook Is Bleak


The S&P 500 continues to drift a few hundred points shy of its record high as investors balance worries over the China trade war with growing American financial strength. 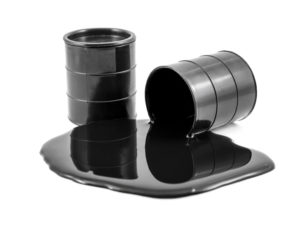 But there is one number that could kick all the optimism to the curb, and right soon.

It’s the price of oil.

The global price, defined as Brent North Sea oil, recently fell from its 2019 high of almost $74 per barrel and was trading on Wednesday at about $68.

That’s nearly a $10/barrel premium over the main U.S. grade, West Texas Intermediate, which is at about $59 per barrel. That $9 per barrel discount, despite the 2016 end of a ban on U.S. oil exports, is the product of Texas shale oil. U.S. production, now 12.2 million barrels per day, is double what it was in the 1990s.

Prices have been falling steadily but they could be due for a short-term snapback. Here’s why.

Bad supply news is starting to pile up in the global oilpatch. Arab oil producers are working hard to get prices high, and believe they are succeeding.

It’s not just tensions in Iran, Libya and Venezuela that are impacting supply. Russia is cutting supplies, and that may not all be voluntary. Its pipelines were contaminated by chlorine in April, which Russia blames on a small company pushing untreated product. The $2.7 billion in contaminated oil is causing disruption throughout Europe.

Russian analysts are warning loudly of global instability in the oil markets. But American analysts insist the U.S. can supply the market at $40-$45 per barrel, thanks to new fracking technology, and they can say the outlook for prices is bearish even with OPEC supply cuts.

If these analysts are wrong, global growth could turn negative.

Schlumberger (NYSE:SLB) is the canary in the coal mine here. SLB stock has been getting hammered as drillers cut their orders. Fracked wells deplete quickly; without constant investment, supplies can dry up quickly.

Shale operators insist they can raise production by 16% this year, with many producers raising their production guidance, but if they’re also spending less that’s not going to continue.

Warren Buffett’s support for the Occidental Petroleum (NYSE:OXY) takeout of Anadarko Petroleum (NYSE:APC) is based in prices remaining high or rising. That’s not good for consumers.

The Long-Term Outlook for Energy

What we’re witnessing, in my view, is the last dance of the oil patch.

New production is being developed in Brazil, and Exxon Mobil’s (NYSE:XOM) production program in Guyana will hold prices down over the long-term.

Meanwhile, prices for both solar energy and wind energy continue to decline, while demand is only now returning to its peak in 2000 thanks to the cheapest renewable energy of all — efficiency.

On the one hand, because high oil prices are now in America’s economic interest, prices should remain high throughout the summer. Current disruptions and international tensions should, on the other hand, lead to a hard spike in prices. This could still happen, but if it does, the impact will be shortlived, and it will only serve to accelerate the ongoing transition toward renewables.

The lack of a price spike in the face of global growth, OPEC supply cuts, Russian supply disruptions and a slowdown in oilfield spending is the dog that is not barking in the energy market.

Dana Blankenhorn is a financial and technology journalist. He is the author of the mystery thriller, The Reluctant Detective Finds Her Family, available at the Amazon Kindle store. Write him at [email protected] or follow him on Twitter at @danablankenhorn. As of this writing he owned no shares in companies mentioned in this article.