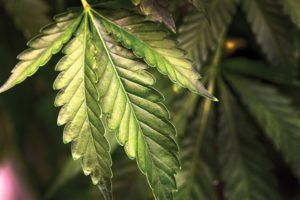 (This is an abridged version of a story that appears in the October issue of Marijuana Business Magazine.)

Media reports abound that suggest medical marijuana markets have leveled out or are dropping off in some U.S. states – specifically those that allow recreational cannabis sales.

So it’s not out of the question to think marijuana industry executives are exiting the medical cannabis sector and turning their attention to recreational MJ products.

But that’s simply not the case.

In fact, plenty of marijuana businesses are actually increasing their investments in medical marijuana because they anticipate a progression of markets and science-driven expansion in formulations, products and delivery methods.

Vita believes people will no longer view marijuana sectors as medical or recreational, which, he said, is a binary perspective imposed on cannabis patients and other consumers by regulators.

Instead, he said, people will have a third category to consider: wellness, which will have two clearly defined markets:

Government-approved medicines for treating disorders such as epilepsy, post-traumatic stress disorder or cancer treatment-related nausea, and wellness products designed as sleep aids, to ease muscle soreness or decrease stress, among other things.

During Marijuana Business Magazine’s deep dive into this topic, industry executives weighed in on:

The Marijuana Business Magazine report also takes a look at: