The feud over employee pay between Disney (NYSE:DIS) and Abigail Disney, the great-niece of Walt Disney, is heating up. Should owners of Disney stock be concerned? 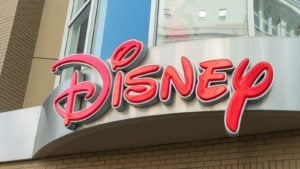 Recently, the Disney heir visited Disneyland in California, going undercover at the park to check out working conditions and to find out how its hourly-paid workers were coping with low-paying jobs.

The granddaughter of Roy O. Disney, the brother of Walt and co-founder of Disney, was appalled at what she saw.

“Every single one of these people I talked to were saying, ‘I don’t know how I can maintain this face of joy and warmth when I have to go home and forage for food in other people’s garbage,’”

Abigail Disney believes that CEO Bob Iger has a responsibility to treat every employee in a dignified and humane manner. Dumpster diving isn’t what you’d call dignified.

The company responded by calling the accusations by the Disney heir as “baseless reports,” suggesting that it pays its Orlando and Anaheim employees an average of $19.50 an hour, proof it treats its hourly workers fairly.

If you are at all concerned about ESG investments, the latest dispute between the company and one of the co-founder’s granddaughters should be worthy of further examination. Here’s why.

Here’s what the company had to say about its pay practices for hourly workers:

“At our parks in Orlando and Anaheim, The Walt Disney Company currently pays its hourly workers an average of $19.50 an hour, significantly above the federal minimum wage,” Disney stated July 18.

The person in charge of writing the company statement was too embarrassed to include the actual rate of the federal minimum wage. It’s $7.25 per hour.

On July 18, the House of Representatives passed the Raise the Wage Act, that would see the federal minimum wage move from $7.25 to $15 by 2025. The only problem? The Republican-controlled Senate will have nothing to do with this bill because Republicans feel jobs would be lost under a higher federal minimum wage.

Rand Paul and the rest of the Republicans might want to give their heads a shake. If you’re not paying a double-digit hourly wage in 2019, you’re living and doing business in a slave state.

Currently, 38 states pay less than $10 an hour. Wyoming and Georgia have a minimum wage of $5.15 an hour unless the employer is subject to the Fair Labor Standards Act, in which case they must pay $7.25 an hour.

Why bother having a minimum wage at all if $5.15 is all you can muster?

Abigail Disney believes the company’s CEO is good at his job. She has no problem with the business he’s built since starting the job. What she finds offensive is how much Iger makes relative to the average employee.

I have assumed that Bob Iger worked 48 weeks of the 2018 fiscal year and an average of 60 hours per week for those 48 weeks. Based on this assumption, Iger earned a whopping $22,793 an hour last year.

Running out the federal minimum wage as part of your company’s defense of your employee pay practices isn’t a great idea when your CEO only needs to work a little more than two hours in a year to meet Disney’s annual median pay.

Is Bob Iger overpaid? Heck, yes. And so are most, if not all, of America’s CEOs.

Unfortunately, until shareholders give a damn about income inequality, disparities like Iger’s are going to keep happening.

The rich get richer.

The Bottom Line on Disney Stock

For the record, I’m a fan of Iger’s and DIS stock. I recently predicted the Disney stock price would get to $200 by the second half of 2022.

While I don’t own it, I believe it’s as strong an entertainment business as there is on the planet. Abigail Disney probably feels the same way or she wouldn’t still own shares in the company.

After the latest dust-up, who knows, maybe she’ll sell.

However, as long as she’s a shareholder, she has the right to express her views anyway she likes. Disney also retains the right to defend and express its opinions.

Next time, though, Disney might not want to drag out the federal minimum wage to make a point. Everyone and his dog knows $7.25 an hour is antiquated.

The Kitchener-Waterloo market can expect a busy fall season