There was a time when social media giant Facebook Inc. (NASDAQ:FB) could do no wrong on Wall Street. I have long been a supporter of FB stock, but I must admit that even I have started to question whether or not the firm can carry on winning in the social media and online advertising space. 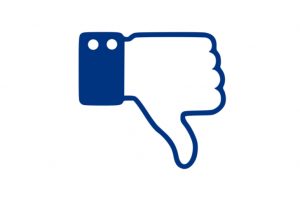 However, despite Facebook stock’s recent stumbles, I don’t think it’s a sell. FB investors should certainly be cautious and aware of the risks, but right now it doesn’t appear there’s anything major to worry about.

There is a lot of worry on Wall Street right now about the direction that FB stock is headed. Fellow InvestorPlace writer James Brumley cited notable Facebook bear Brian Wieser’s view that Facebook’s growth-at-all-costs strategy has put the firm in a precarious position. He argues that the firm’s laser focus on growth has come at the cost of investing in processes that make it easier to anticipate and deal with problems.

He’s not wrong. Examples of this are easy to spot if you look at Facebook’s press over the last few quarters. Privacy concerns, hate speech, Russian collusion and fake news were all examples of issues that Facebook management simply weren’t keeping tabs on until they had spiraled out of control.

Should CEO Mark Zuckerberg and his team have seen these things coming and designed the platform to guard against it? Perhaps. Over the past year, we’ve seen a marked shift in the firm’s strategy toward a more proactive approach.

A year ago, Zuckerberg broke the news to investors that the company was going to focus on security and user experience over profits. Glimpses of this strategy have been evident in Facebook’s new “clear history” feature that allows users to delete their browsing data in order to have a more private experience. That comes at the cost of the firm’s advertising prowess, as data is king in the industry. However, it underscores Facebook’s commitment to nurturing user growth and engagement by creating a more desirable experience.

The other important thing to remember about FB stock is the fact that the firm has one of the strongest balance sheets in the industry. In its most recent quarter, revenue was up 26% and analysts see the firm turning in top-line growth of 24% this year and 21% in 2020.

So, when you buy FB stock, you’re not only buying one of the most financially sound firms in the industry, you’re also buying the most popular. As long as Facebook can continue to grow its user numbers and keep engagement high, the firm will remain a top priority for advertisers. Don’t forget Facebook is more than just it’s namesake, the firm also controls Instagram and WhatsApp, which allows for a much wider addressable audience. Any way you slice it, Facebook has the largest audience both in number of users and total usage time. And as long as the firm can hold on to that title, it’s going to be an advertising heavyweight.

Risks for the Future

There’s still a chance that another social media app could emerge and take market share away from Facebook, which would jeopardize the company’s long-term future. The company has also been targeted by several regulators who question how ethical the firm’s data collection policies are. Those are significant risks for FB stock investors and are worth considering, but for now the firm looks to be on firm footing.

The Bottom Line on FB Stock

Facebook’s stock price has rebounded significantly over the past year, though the company still hasn’t made its way back to its 2018 highs above $200 per share. Still, at $182 per share, I believe Facebook is worth buying.

The company certainly has a few headwinds and isn’t as untouchable as it once was, but, all things considered, it looks like a good bet in the social media space. The firm’s financial strength and steady user growth put it firmly in the buy category for me.

As of this writing, Laura Hoy was long FB.