Interestingly, June 21 marks the official start of summer, and the summer months often bring lethargy in the equity markets, particularly on Fridays. That was the case today as stocks, broadly speaking, were mostly listless. 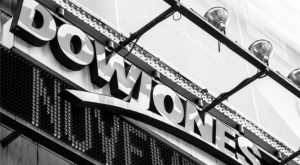 To close the week, the S&P 500 fell a scant 0.13%, and the Nasdaq Composite lost 0.24%. The Dow Jones Industrial Average also lost 0.13%. Long-term investors can find some solace on the day of the summer solstice with an article in Barron’s today indicating Dow 30,000 could arrive sooner than expected.

“To stick with our 2025 forecast now would be to suggest that stocks over the next 5½ years will climb just 2.1% a year, plus dividends,” according to Barron’s. “It’s possible, but pessimistic. The Dow could reach 30,000 much sooner than 2025.”

The article indicates it is possible the Dow sees 30,000 sometime in 2021, a bullish forecast considering the blue-chip index closed around 26,800 today.

That is a long-term forecast. Over the near-term, the Federal Reserve will likely dominate the conversation and that is not surprising. For investors hoping for rate cut this year, good news: Fed funds traders bet on such a move in record fashion this week, according to CNBC.

By the end of the day, just two of the 30 Dow Jones stocks were sporting gains of 1% or more. The clear powerhouse was UnitedHealth Group (NYSE:UNH), which gained 1.82% on new that it is acquiring health-care payments provider Equian LLC for $3.2 billion.

That is a drop in the bucket for UnitedHealth, which has a market capitalization of $240 billion and a stellar return for Equian’s private equity owner New Mountain, which purchased the company four years ago for just $225 million.

Defensive names have been getting some attention here in recent weeks and with good reason. Today, Dow component Walmart (NYSE:WMT), on essentially no news to merit a move like this, jump 0.73% to hit an all-time high. The largest U.S. retailer is up almost 20% year-to-date.

“We are thrilled that we can now offer these patients in Europe, who are often diagnosed at a younger age and have limited treatment options, an effective, once-daily, alternative treatment to chemotherapy,” said Pfizer in a statement.

Staying in the blue-chip pharmaceuticals space, Merck & Co. (NYSE:MRK) closed modestly lower, but three analysts raised price targets on the stock to $90, $95 and $96, respectively. In either case, that is some decent upside from Merck’s Friday close around $84.50.

“As of today, the estimated earnings decline for the second quarter for the S&P 500 stands at -2.6%,” said FactSet in a note out Friday. “If -2.6% is the actual earnings decline for the quarter, it will mark the first time the index has reported two straight quarters of year-over-year declines in earnings since Q1 2016 and Q2 2016. It will also mark the largest year-over-year decline in earnings since Q2 2016 (-3.2%).”

Unfortunately, the same note indicates analysts are ratcheting down third-quarter estimates with the energy and technology sectors looking like the worst offenders.

As of this writing, Todd Shriber did not own any of the aforementioned securities.