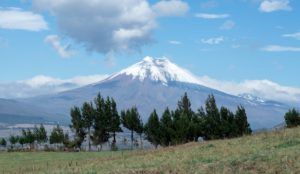 Ecuador is one of the few South American countries that still has not legalized medical cannabis nor hemp, but that could change soon.

This week, the country’s Congress approved a major reform of the Organic Integral Criminal Code.

If given the green light by the executive branch – which has the authority to veto proposed laws wholly or partially – the reform would:

The article of the criminal code that would be reformed to allow cannabis possession, would – in its reformed version – make possession nonpunishable when it’s for medical use and justified by a professional diagnosis.

The article that would be reformed to allow commercial opportunities would maintain a general prohibition on production, but introduce an exception for specific cases mentioned in the already existing Organic Law on the Integrated Prevention of Drugs and the Use of Controlled Substances.

The cases mentioned allow production for medical and scientific purposes, but only with authorization of the national sanitary authority.

Which criteria the national sanitary authority would use to grant those permits remains unknown.

Juan Pablo Bahamonde, director of UBG, an Ecuadoran company that specializes in health regulatory affairs, told Marijuana Business Daily that “the law is restrictive in this sense, and it’s a contradiction that the possession of medical cannabis would be decriminalized, when in practice growing and selling would remain impossible other than for pharmaceutical products.”

“It looks more like a political move than a pathway for effective access and commercial opportunities,” Bahamonde said.

The reform would also add a disposition removing hemp and its derivative – defined as THC below 1%, like in Uruguay or Colombia – from the controlled substances list.

The national agricultural authority would be the one now having competency over hemp production, potentially creating hemp business opportunities.

But it’s still too early to know how the specifics would work.