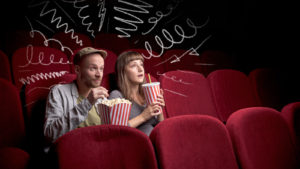 The consumer reporting agency announced that for its second quarter of fiscal 2019, it brought in net income of $66.8 million, or 55 cents per share. This is less than half the $144.8 million, or $1.19 per share, that the business amassed during the same period a year ago.

Equifax added that its adjusted earnings tallied up to $1.40 per share, which is stronger than the $1.36 per share that Wall Street called for, according to data compiled by FactSet. The brand’s operating revenue tallied up to $880 million, higher than the $876.9 million from the same period a year ago.

Analysts also called for revenue to tally up to $873 million, which is based on a survey of analysts conducted by FactSet. Equifax sees its third-quarter earnings at roughly $1.41 to $1.46 per share, as well as revenue of $865 million to $880 million for the period.

EFX stock is up a fraction after the bell today following the company’s quarterly earnings figures. Shares had been gaining about 1.3% during regular trading hours in anticipation of Equifax’s results.