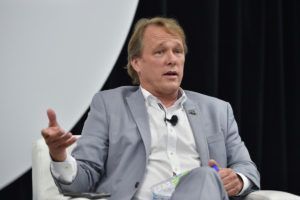 Former Canopy Growth co-CEO Bruce Linton, presenting the keynote address at the National Cannabis Industry Association’s Cannabis Business Summit, made light of his recent firing by the board of directors at Canopy Growth.

His firing after a disappointing financial performance by the Canadian company in the first quarter of 2019, was only one of many topics Linton addressed during his hourlong talk in San Jose, California on Tuesday.

Here are some of the other highlights of Linton’s keynote: