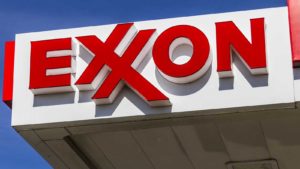 While rivals like Chevron (NYSE:CVX) and BP (NYSE:BP) have, for the most part, fought their way back from their 2015 funk, Exxon Mobil hasn’t been able to do the same.

It’s upcoming Q2 report isn’t expected to be a barn-burner either, with weakness from its gas and chemical business expected to offset renewed strength from its downstream arm.

So far, Exxon has been the disappointment investors and analysts alike expected it to be when it took a more aggressive path coming out of 2015’s oil rout.

That is, rather than act conservatively and defensively, Exxon Mobil is ramping up its bets on hydrocarbons. Next year’s capital expenditures are budgeted 16% higher than this year’s as part of an eye-popping plan to double 2017’s income of $15 million by 2025.

There may be a method to the madness, however, that current and would be XOM stock owners have to embrace.

Exxon Stock in the Long Term

The company has never explicitly said this. Rather, one must read between the lines.

Exxon repeatedly has featured outlooks like this one, presented at the recent JP Morgan Energy Conference. In it the company claims that 2025 is a key milestone in terms of results. Simultaneously, Exxon is imagining what the oil market will look like not in 2020, but in 2040.

Rivals are doing the same, to be fair, albeit nowhere near to the same extent.

And, contrary to many hopes and dreams for a carbon-free world by then, we’re likely to be burning more gas and oil then rather than less. The IEA report Exxon is relying on suggests we’ll need, globally, on the order of 110 million barrels of oil per day within two decades. That’s up from around 90 million barrels now.

As for natural gas, the same forecasters anticipate the world will need around 450 billion cubic feet per day. We’re presently using roughly 350 billion barrels per day.

We’re also depleting known gas and oil reserves in the meantime, forcing us to continue the hunt for more.

That’s where Exxon Mobil’s capital expenditure plan, as big it feels, is actually dwarfed. The $150 billion or so the company will have laid out on new projects and improvements to existing properties is only a fraction of the $21 trillion the IEA says will need to be invested in order to meet that demand.

It’s worth noting that not every observer expects the consumption of oil to continue growing through 2040 and perhaps beyond. Bank of America analysts expect demand to peak in 2030 and then slide lower at a brisk clip after that.

The paradigm shift’s cause? The adoption of electric cars could force the energy market past its tipping point.

If B of A is right, then Exxon Mobil’s spending is largely for naught and XOM stock itself could face even greater pressure than it’s faced in recent years.

That’s an oversized ‘if’ though. As uncertain as oil’s future may be, the plausible supply of lithium needed to make the batteries that power EVs is even more obscured.

Like any other commodity, the greater the demand for lithium on a so-far-strained supply, the more possible it becomes that electric vehicles become unaffordable.

At the very least, all the infrastructure needed to refine oil and fill up vehicles with gasoline already exists.

Whatever the reason, Exxon Mobil is in many regards going for broke. It’s only given biologically-made fuels a modest look, while other names in the business appear to assume alternatives to drilling are the inevitable future.

While Exxon’s rivals are cautious about taking on new drilling prospects, Exxon is forging ahead as if little will change over the course of the coming two decades. It’s made a huge bet on conventional oil and gas drilling in Guyuna.

If the foreseeable future is indeed one that still relies on oil, Exxon Mobil will be at least five years ahead of its rivals.

That’s another big ‘if’ though.

The only real certainty here is that investors won’t be getting clear answers about the wisdom of the decision for at least a few more years. That makes XOM stock a tough name to bet on in the meantime, though perhaps the only game in town if the bets pay off.

Either way, Exxon has to be viewed through a long-term lens.

As of this writing, James Brumley did not hold a position in any of the aforementioned securities. You can learn more about him at his website jamesbrumley.com, or follow him on Twitter, at @jbrumley.