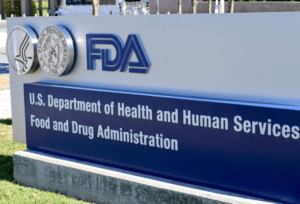 “The industry should be worried,” said Washington, D.C.-based cannabis attorney Emily Leongini, who worked for the FDA for nearly six years.

Mitch Zeller, director of FDA’s Center for Tobacco Products, told reporters at a press conference Thursday in Washington that the focus of the criminal investigation is on the supply chain.

E-cigarettes and legal and illegal cannabis vape products are all being looked at as possible causes for the outbreak.

The number of people sickened from vaping has risen to at least 530, with seven deaths, according to federal officials. Incidents have been reported in 38 states and one U.S. territory.

The FDA and the CDC typically work closely on a public health-related outbreak of any FDA-regulated product, such as e-cigarettes, Leongini told Marijuana Business Daily.

Although this sort of dual investigation is routine, that doesn’t mean the cannabis market shouldn’t be concerned.

She pointed to a lack of regulatory oversight, particular of the supply chain, which has many potential risks.

Leongini doesn’t believe the FDA is making a clear distinction between products sold on the legal or illicit markets.

In the eyes of the FDA, “just because it’s regulated by a state doesn’t mean it’s 100% safe,” she added.

The FDA is testing more than 150 samples for a broad range of chemicals, including nicotine, THC, cutting agents and other substances.

Cannabis testing labs across the country are developing tests for vitamin E acetate, an additive to vape cartridges that may be related to the illnesses.

Easley posited the negative impact of the vaping health scare could have a marked ripple effect on what is likely to become a “huge sector” for the market.

“The waves of this are going to be catastrophic for many of the consumer packaged goods companies,” he said.

“The major challenge for companies raising capital currently is that there’s going to be risk and exposure now.”

Easley pointed out that this added scrutiny could be a learning moment for vape businesses in the industry.

“It causes us to grow up and evolve,” he added.

“It’s vitally needed at our stage in industry growth.”