For most of us, there aren’t too many “before-and-after” singular events that have a transformative impact on our lives. But the moments like this that do exist are profound.

Getting married … Taking on a huge mortgage … Having a child …

These types of specific events serve as clear lines-in-the-sand, delineating “life before” and “life after.”

When it comes to the growth of a fledgling industry or sector, these before-and-after moments are rare, and sometimes non-existent. In most cases, there’s painfully slow growth in those early years. Small companies with limited operating capital are simply trying to survive as they get word out about their product.

You might imagine this organic growth as a small trickle growing into a stream, which builds to a tributary, finally growing into a massive, powerful river. While the rate of growth speeds up at times in peak years, it still comes at a reasonable slope and that’s somewhat smooth. 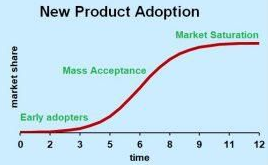 Instead of a smooth curve, it’s more like a sudden spike. A stair-step.

But what, exactly, is the “before-and-after” catalyst that’s reshaping these markets?

Take the hemp market. Just as your first-born completely changed your life in the blink of an eye, the passage of the 2018 Farm Bill was a landmark moment for the hemp industry that was equally profound, in a sense, “birthing” the 2.0 version of this industry.

Borrowing from our earlier analogy, the Farm Bill catapulted hemp from a trickle to, let’s call it a “tributary,” practically overnight … and the industry is well on its way toward “massive river” status.

That’s the power of key reform legislation. Instead of slow, organic growth that builds over many years, legislation is a bit like someone pulling their finger out of the dyke, releasing a torrent of white water.

Let’s look at an actual example …

This past May, Entrepreneur featured a guest article from the CEO of a hemp/CBD company. From that article:

On December 21st, 2018, the hemp industry took its largest step forward. Passage of the 2018 Farm Bill transitioned hemp and CBD from pilot programs to a permanent legal status. Almost overnight, there was a paradigm shift in how Americans looked at and treated CBD …

The revenues of my company, Medterra, jumped 35 percent in the 30 days following the signing of the Farm Bill. What’s even more exciting is that the growth appears sustainable as new channels continually open up.

Forget slow growth. New legislation can lead to stair-step growth. Years’ worth of gains in a matter of days or months — both for a company’s revenues and for and investor’s returns.

Let’s look at the hemp line-in-the-sand on a wider, macro level.

“Ever since the Farm Bill passed, we have seen a huge increase in hemp clients coming forward, saying they need staff now or in the next few months.”

That comes from James Yagielo, CEO of HempStaff, a corporate staffing agency that focuses on the hemp sector.

The list goes on and on. It’s a sudden explosion of human resources demand as the hemp industry climbs from $1.1 billion in revenues back in 2018, to the expected $2.6 billion just two years from now.

Again, it’s an illustration of the power of key legislation to radically transform a market and generate years’ worth of wealth in a fraction of the time.

***As big as the hemp/CBD market is going to be, the marijuana market will dwarf it when national legalization happens

So, when is the “before-and-after” moment for legal marijuana? When might marijuana be legalized on the federal level (or be able to be transacted without fear of federal prosecution)? Perhaps far sooner than you might think.

That’s because tomorrow a major congressional subcommittee will hold a hearing on marijuana policy. The House Judiciary Crime, Terrorism and Homeland Security Subcommittee is expected to discuss various legislative proposals that would allow states to establish their own marijuana policies without fear of federal intervention.

Several sources who did not wish to be identified shared with Marijuana Moment the names of witnesses expected to soon receive formal invitations to testify before the panel on Wednesday, July 10. Given the backgrounds of these individuals, it seems apparent that committee members will be discussing not whether the U.S. should end federal cannabis prohibition, but will focus primarily on how to do it.

Even though there will be no vote on Wednesday, it’s one of the most significant congressional developments on marijuana reform to date.

As we’ve been saying for months here in the Digest, when federal reform legislation is passed, it’s going to be a watershed moment for the marijuana investment market, leading to massive gains in a compressed period.

***Because marijuana has not been legalized at the federal level, many of the biggest winners to date have come from companies that don’t directly touch the plant

To illustrate, we can look to Matt McCall, our resident marijuana expert and editor of Investment Opportunities. Two of his best-performing marijuana picks don’t ever touch the actual plant. First, there’s Akerna, a seed-to-sale software company which spiked over 600% in recent weeks. Then, there’s Innovative Industrial Properties, a REIT that leases facilities to marijuana growers. As I write, it’s up 279% since Matt’s recommendation.

But when marijuana reform legislation is finally enacted, nervous investors will no longer feel limited to these “safer” marijuana plays. And no more fear of federal prosecution will result in massive industry growth.

It reminds me a bit of an iceberg — the gains we’ve seen so far, though big, are nothing compared with what’s hidden beneath the surface, waiting until after reform legislation is passed. 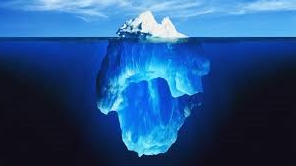 Matt McCall recently put it this way to subscribers:

U.S. legalization will be the biggest catalyst in the history of the marijuana industry. The day the U.S. government passes a legalization plan on the federal level will be a defining moment that will mark the next era in marijuana investing.

We could be seeing the beginning of this next era with tomorrow’s congressional hearing.

***As we’ve said many times here in the Digest, for the biggest gains, you want to be invested in the right marijuana companies before legalization happens

The flood of new money that will flow into the market after legalization occurs will have the power to generate life-changing wealth — if you’re there first, in the right companies.

If you’re not sure where to start with marijuana investing and how to identify the quality stocks from those less likely to grow your money, click here for a free presentation from Matt. He has developed a special presentation to walk folks through all the best ways to invest in this growing industry.

Now, there is some time pressure here. I’ll let Matt explain why:

… my message to you is this: Marijuana legalization is unquestionably one of the best investment opportunities of your lifetime, and investing early increases your chances of building life-changing wealth. We made a lot of money in marijuana stocks in the first half of 2019, but the legalization trend is still in its early stages, so it is not too late for you to do the same in the second half of the year …

Remember, we’re still in the early stages of this massive legalization trend in America and around the world. The key to making the biggest gains from the monumental announcement is getting in early. And by early I mean right now … as in today.

You’re not too late. But please don’t wait.

Back to our river analogy, the legalized marijuana industry has already enjoyed significant growth, but in the big picture, we’re still in its early days — call it the “stream” phase. If tomorrow’s congressional hearing is, indeed, the beginning of marijuana’s before-and-after moment, you want to be invested in the right stocks BEFORE the stream of investment returns grows into a river.