For Qualcomm Stock Investors, the Legal Battle is Much Bigger than Apple


Without question, Qualcomm (NASDAQ:QCOM) is one of the best performers so far this year. Since January’s opening price, QCOM stock has skyrocketed 39%. And just as well, Qualcomm’s rise in the markets reflects broader positive sentiment toward semiconductors. For instance, the sector-related exchange-traded fund iShares PHLX Semiconductor ETF (NASDAQ:SOXX) is up 30% year-to-date. 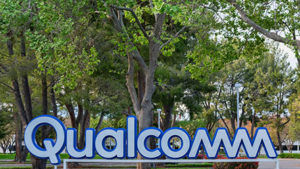 But despite this good news, potential troubles are looming over the horizon. Last week and just before the Independence Day holiday, a federal judge ruled against Qualcomm in a paradigm-altering antitrust case. The semiconductor giant immediately appealed, but the process may take a more than a year to complete. Since the unfavorable ruling, Qualcomm stock has remained range bound.

Complicating matters for QCOM is both rival and client Apple (NASDAQ:AAPL). For the consumer tech giant, many view these legal proceedings as a comeuppance. And under ordinary circumstances, Apple may have a case. Certainly, the Federal Trade Commission agrees with them. But in the time of Trump and the ongoing U.S.-China trade war, nothing is ordinary. Thus, it’s difficult to make pronouncements on QCOM stock.

Why the difficulty? Primarily, antitrust concerns have expanded from being merely business matters into geopolitical ones. That is, penalizing QCOM for anticompetitive actions may benefit free markets, but at the expense of U.S. technological dominance. Not bringing this context into the mix ignores a critical component in assessing Qualcomm stock.

Apple Has a Point about QCOM Stock

Before we dive in, we should understand how QCOM stock got embroiled in a massive legal battle. For a detailed analysis, I highly recommend InvestorPlace contributor Vince Martin’s longform breakdown. To summarize, Qualcomm has an extensive history of running afoul of international antitrust laws.

At the heart of Qualcomm versus Apple debate is the former’s patent and licensing businesses. As a premium semiconductor provider, consumer tech firms like smartphone manufacturers highly value Qualcomm’s critical chipsets. With the introduction of the 5G network, QCOM has even greater power due to its leadership in this next-generation market.

Naturally, Qualcomm runs a very lucrative business licensing its core technologies. This revenue stream underlined the huge growth in QCOM stock over the years. However, Apple contends that Qualcomm is not playing fair with its double dipping.

What exactly does that mean? In short, Apple claims that Qualcomm charges royalties on innovations that have nothing to do with the semiconductor firm. Essentially, QCOM is benefiting from two revenue streams from the same source: one for the initial license, and a second for royalties based on a company’s own innovations using the original licensed technology. It’s a nifty arrangement for Qualcomm stock.

Moreover, the chipmaker gets away with it because if its clients won’t play ball, Qualcomm won’t provide the chips. If QCOM was a discount-bin organization, no one would care. But they own the best 5G technologies; therefore, this practice amounts to a monopoly.

And if that monopoly goes away, QCOM stock is in big trouble.

But before you hit the sell button on QCOM stock, you should know that the Qualcomm narrative has two components: one between Qualcomm and Apple, and the other between the U.S. and China.

As a capitalistic organization, I expect Apple to raise hell: that’s what they should do for their organization, their employees, and their shareholders. If I held stake in the company, I’d be disappointed if they didn’t.

But you must understand – as I alluded earlier – that antitrust accusations have absorbed geopolitical overtones. While I understand the FTC’s point, and even the federal judge who ruled against Qualcomm, they’re merely job-doers. What I mean is that they’re assessing Qualcomm from the perspective of antitrust violations.

Is QCOM guilty here? I’m not a legal expert, but they might be. However, that’s not what truly hurts Qualcomm stock.

Instead, Qualcomm is vital to our national security and our interests moving forward. As The Wall Street Journal’s John D. McKinnon pointed out, Qualcomm has used the national security argument before. And it’s no small matter. When the FTC first challenged the company’s patent-royalty business, representatives from the defense and energy departments sat down with the regulatory agency.

Obviously, the meetings didn’t convince the FTC to drop its case against Qualcomm. However, the fact that the Department of Defense took an interest in this case tells you something.

And that something is that China is lurking in the corner. More critically, they have no qualms about playing dirty to advance their nationalistic agenda. In addition, China’s flagship companies like Huawei or Alibaba (NYSE:BABA) received unquestioned support from their government.

Here in the U.S.? We’re about to prosecute one of our best and brightest. This terrible optic just might convince legal authorities to reverse course.

Do the Ends Justify the Means?

Without exaggeration or hyperbole, when you’re dealing with QCOM stock, you’re facing a philosophical question: do the ends justify the means?

I may attract some heat for this opinion, but I think they do. Frankly, I don’t understand what the point of upholding moral principles when our adversaries routinely break them. Due to this high-level trolling, at some point, China will beat us.

And not only that, the FTC and other regulatory agencies are playing into China’s hands. Again, China doesn’t prosecute its companies for international trade and commerce infractions; the country encourages it!

On a similar note, this is the reason why I think efforts to stymie big tech firms like Facebook (NASDAQ:FB) is naïve. What most people I’d argue fail to realize is that we’re in the middle of a tech cold war. While Apple has some grievances, let me be blunt: I’d rather America win this critical war and let Apple lose its battle with Qualcomm than the other way around.

But will the ultimate arbiters see it this way? I just don’t know. But I think the case is strong enough – again, please reference the DOD meeting with the FTC — that investors shouldn’t panic on QCOM stock.

Cobalt, lithium oversupply to slow down EVs sales by 25% — BMO