Friday Apple Rumors: Mac Pro Won’t Be Made in the US

Leading the Apple (NASDAQ:AAPL) rumor mill today is news of where the Mac Pro will be made. Today, we’ll look at that and other Apple Rumors for Friday. 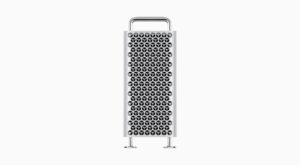 Singapore Store: AAPL is planning to open another retail store in Singapore, reports MacRumors. This will have the tech company opening its second store in the Singapore area. This new location will be in the Jewel Changi Airport. The grand opening for the store will take place on July 12, 2019.

Jony Ive: Jony Ive is leaving Apple later this year, reports AppleInsider. Ive has been a key figure at AAPL for years now and has been a designer behind some of its most successful products. His departure will have him forming his own design studio named LoveFrom. While he is leaving the company, that doesn’t mean he won’t still work with it. AAPL is going to be the first customer of LoveFrom.