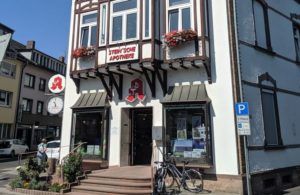 Germany is looking for a distributor to service the government’s cannabis agency.

The winning company will be responsible for shipping all domestically produced medical cannabis flower to pharmacies.

The requirements and awarding criteria for the post indicate that companies with experience distributing narcotic drugs – and those able to offer a low price for their services – will have the highest chances of winning. No cannabis-specific experience is required.

The deadline to submit the applications, which must be filed electronically, is April 28.

The winner will provide the services from September 2020 until the end of 2025, at the latest.

This does not directly affect imported medical marijuana distribution, which is expected to continue as usual. The application process only pertains to distribution of domestically grown cannabis.

It is expected that domestically produced flower will be cheaper than the imported product currently sold, which means once German-grown flower reaches pharmacies, it could bring average prices down.

However, given current growth in demand, domestic grows are unlikely to provide enough cannabis, and imports will continue to be necessary.

Pursuant to the German reform of medical cannabis in March 2017, a government cannabis agency was created under the German Federal Institute for Drugs and Medical Devices (BfArM), as mandated by the 1961 Single Convention on Narcotic Drugs.

The cannabis agency is tasked with managing and controlling domestic cultivation and its distribution in Germany.

In April and May 2019, the BfArM confirmed that Canadian license holders Aphria and Aurora – along with German cannabis company Demecan – were the only three domestic growers.

Combined, the three companies expect to produce 2,600 kilograms (5,732 pounds) of pharmaceutical-quality cannabis flower per year over a four-year period. They can only sell their product to the cannabis agency, at the price offered during the application process.

Products will then need to be distributed to pharmacies, and this is the role a distribution service provider will play.

The price at which the agency will buy from the growers is specific to each of the 13 tendered lots, of which Aurora and Aphria have five each and Demecan has three.

In a previous disclosure, the German government said it expects to pay about 2.3 euros ($2.63) per gram, on average.

The price pharmacies pay will be higher, because the markup by the distribution partner will have to be included, plus a markup by the cannabis agency to cover its costs. Even after those markups are included, prices are expected to be well below what pharmacies currently are paying, which is generally almost 10 euros per gram.

Only three “types” of medical marijuana will be grown in Germany:

The first delivery is expected in October 2020.

The agency believes packaging will primarily consist of 50-gram containers. The locations from which the distributor will have to pick up the products will be:

Harvested product will not be transported to the BfArM, nor will they be stored there. The agency remains the owner of the flower throughout the distribution process, with the distributor being a service provider.

Applicants to become Germany’s distribution service provider for medical cannabis must offer a price per gram, and if all the requirements are fulfilled, the lowest price will be the determining factor to win the contract.

Offers will be considered using up to three decimal places.

The contractor will provide the following services to the cannabis agency:

Applicants must have a registered company compliant with relevant AMG and BtMG legislation. They must prove prior experience distributing narcotics medicines – subject to AMG and BtMG requirements – from Jan. 1, 2017, until the end of the application process. (A minimum delivery of 10,000 packages of narcotic drugs in a 12-month period could be required.)

Prior distribution experience must include storage, transport and delivery to pharmacies and other customers. The sale did not need to be made in the bidder’s name. Qualifying documents may be from another country.

Other requirements of the application process include: