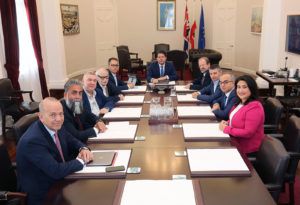 The move could create limited opportunities for medical marijuana companies looking for an entry point into the European market, Brexit notwithstanding.

“The new legislation covers a wider range of products that can be administered by licensed medical professionals,” a government spokesperson told Marijuana Business Daily.

A 2017 amendment to the Drugs (Misuse) Regulations legalized products with under 0.3% THC.

That made CBD available for purchase from health stores and pharmacies.

The 2019 amendment creates a regulated market for products that contain greater than 0.3% THC.

Medical practitioners with the Gibraltar Health Authority (GHA) are now authorized to supply certain medical cannabis products to patients. The products must first be approved by the GHA, and the new regulations specify that administration via smoking is prohibited.

Public access will be limited to a pharmacy at St. Bernard’s Hospital.

“To me, this represents a milestone in healthcare in Gibraltar,” Acting Medical Director Krishna Rawal said in a press release. “Over time, I am certain that the increased use of cannabis for medical purposes will generate overwhelming evidence in support of its use.”

Medical cannabis will only be permitted where standard medical treatments were not successful.

Conditions available for treatment include:

“The proposals include the research, development and production of medicinal cannabis products in carefully monitored and regulated state of the art, environmentally advanced facilities,” he said. “We have given very careful thought to how this sector and technology might be leveraged in Gibraltar. In particular, how leading research and production talent can be attracted to Gibraltar, producing a new world class ecosystem in a new sector.”

He said Gibraltar plans to establish an agency to govern the medical cannabis industry.

“Such an agency will facilitate trade with third parties, including government-to-government sales. The anticipated sales to European and/or other Government agencies will establish our position within the sector and promote our good reputation and international links.”