Global Cannabis: The market in Zimbabwe 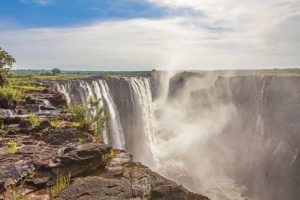 Zimbabwe sports one of the seven natural wonders of the world, Victoria Falls, but it will be some time before the African nation makes a name for itself in the medical cannabis space. Photo by Calapre Pocholo

Milestones in the Medical Cannabis Program

Zimbabwe legalized the cultivation of cannabis for medicinal and scientific purposes in 2018, making it the second country in Africa to lay the groundwork for a medical marijuana industry. The law defined how companies could become licensed producers and ship medical cannabis to “authorized recipients.”