Alphabet (NASDAQ:GOOG,NASDAQ:GOOGL) has been turning heads with its Google Pixel 3a XL on Friday as the smartphone’s look and specs were leaked only days before the tech giant planned on revealing everything about the device. 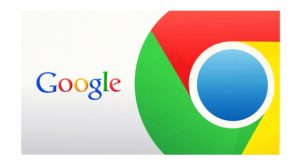 Fans of the Mountain View, Calif.-based business’ devices had been eagerly awaiting the specs on the Google Pixel 3a and the 3a XL, and today’s leak on Android Police revealed everything. There are 6-inch XL models in at least two colors, including “Purple-ish” and “Just Black,” although the exact price of these devices remains unclear.

We know pretty much everything about the new Google smartphone at this point, including what it looks like, its promotional materials, as well as video leaks, renders and information on its specs. And this is all ignoring the fact that the brand’s store listed the phones accidentally in early April.

The Pixel 3a will come equipped with a 5.6-inch display, while the larger XL will have a 6-inch one. Both Google devices will include 4GB of RAM, 64 GB of storage, a 12.2MP Dual Pixel camera that utilizes the company’s Night Sight technology, 8MP front-facing cameras, fingerprint readers on the rear and they will run using Android 9.0 pie.

The devices will also experience three years of security and OS updates. It is unclear whether or not we now know everything about the device or whether there will be something new we have yet to unearth once the company officially launches the devices next week.

GOOG stock is up about 1.8% on Friday following the news.